The evidence of Donald Trump’s criminality continues to mount with each new day. While Trump and his glassy-eyed disciples in politics and the press complain that there is no precedent for an American president to be investigated as much as Trump, what they are missing is that there is also no precedent for an American president who has been implicated in so many crimes. 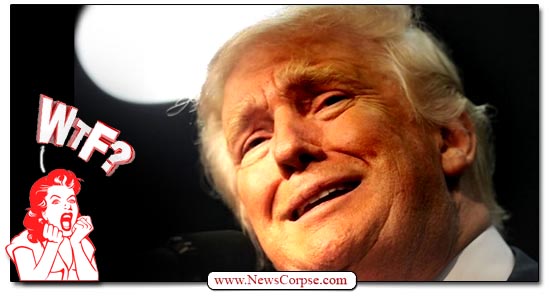 Trump’s relentless whining about what he calls “hoaxes” and “witch hunts” is a poor substitute for a substantive rebuttal. It just affirms that he is an emotionally stunted coward with a persecution complex. As a result, rather than providing proof of his innocence or coherent explanations for his unsavory behavior, the only thing we get from Trump World is a stream of implausible excuses that are inevitably shown to be pure nonsense. That has been strikingly evident in his increasingly bizarre reactions to the FBI search of his Mar-a-Lago Bunker.

Trump’s past parade of pleadings could be summarized thusly: The documents that don’t exist, and which Trump refused to return when subpoenaed, were actually there, but he was using them, even though someone else packed them without his knowledge, which didn’t happen because the FBI planted them, and the documents that the FBI planted were all declassified in a secret ceremony, and once declassified they still weren’t released to the public, and can’t be released now.

However, apparently that wasn’t enough to steer attention away from his legal and moral transgressions. So on Sunday morning Trump latched unto a report from Fox News, despite his conviction that they are part of the cabal that opposes him.

The “Exclusive” report by Fox News asserted that “FBI seized Trump records covered by attorney-client privilege during search of Mar-a-Lago.” The entire story was based on anonymous sources that Trump and Fox routinely claim don’t exist. If these sources do exist – and they aren’t notorious liars in the Trump cult – you have to wonder whether they had the necessary security clearances to review the sensitive documents Trump had stashed. Fox wrote that…

Based on that single report, Trump posted on his miserably failing (and grossly misnamed) Twitter ripoff, TRUTH Social, that…

“Oh great! It has just been learned that the FBI, in its now famous raid of Mar-a-Lago, took boxes of privileged “attorney-client” material, and also “executive” privileged material, which they knowingly should not have taken. By copy of this TRUTH, I respectfully request that these documents be immediately returned to the location from which they were taken. Thank you!”

First of all, it is preposterous to say that we have “learned” anything from a story on Fox (Not) News. But more to the point, the allegation that attorney-client privileged documents were among those that the FBI retrieved is absurd in the extreme. The only communications that could be designated as privileged would be private and not mixed in with official White House materials.

Furthermore, why would Trump have to learn from Fox News that documents that he removed from the White House and stored at his golf resort were privileged? Is he confessing that he had no idea what were in all of those boxes that he took? Because that would destroy his excuse that any classified documents were declassified prior to their removal. He surely couldn’t declassify documents that he didn’t know were there. Nor could he claim that any of them were covered by executive privilege.

Finally, Trump’s “request” that any documents be returned to him is downright laughable. He hasn’t offered any proof that he has any right to any of the documents. And he cannot simply declare that his post on social media constitutes a formal, legally authorized demand. Just as he cannot declassify documents with a wave of his tiny hand. The only thing that Trump can reasonably expect to be returned are indictments for his copious criminal activities.