In the past few weeks Greg Abbott and Ron DeSantis, the governors of Texas and Florida respectively, have been in the news for engaging in deplorable political stunts that are deliberately cruel and probably illegal. They have been transporting migrants from their states to other states that they regard as bastions of liberalism hundreds of miles away. It is a brazenly inhumane campaign of exploitation that uses these refugees as pawns in their partisan game playing. 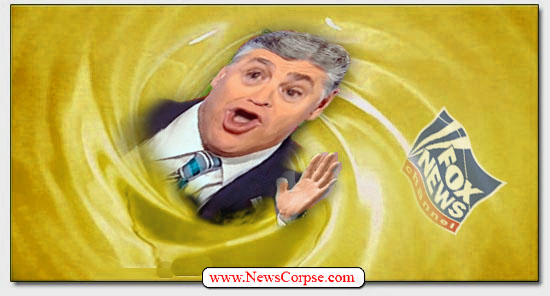 These repulsive, self-serving tactics by ambitious Republican politicians are intended only to humiliate their liberal counterparts and progressive, compassionate policies. They are conducted without the slightest regard for the welfare of the their human victims, including children, or for solutions to the underlying issues. Not that Republicans in the era of Donald Trump ever really cared about people or laws.

Which makes it somewhat surprising to hear Sean Hannity interviewing GOP Sen. Ted Cruz on Fox News about the potential criminality of these actions. The discussion included the following exchange…

Hannity: From a legal standpoint, let’s say I went down to the border and I brought a big truck with me and I picked up a bunch of illegal immigrants and I started transporting them across the country. Would I, or would I not likely be arrested for human trafficking, and would it be illegal to do that?
Cruz: For you, a citizen, you could easily be arrested. Although, to be honest, Joe Biden’s Justice Department wouldn’t arrest you.
Hannity: Oh no. I disagree. They’d arrest me. If I was a liberal I’d get away with it.

Hannity bizarrely gets Ted Cruz to admit that transporting migrants across state lines is illegal and would result in his arrest for human trafficking if he did it pic.twitter.com/uW7tZlQf7g

So there you have it. Hannity and Cruz agree that trafficking migrants across state lines, and lying to them about their destination, would be illegal and likely lead to their arrest. That’s a position that concurs with many legal experts. Gavin Newsom, the governor of California, formally requested the Department of Justice to investigate whether federal laws were broken. In his letter to the DoJ Newsom said that…

“Like millions of Americans, I have been horrified at the images of migrants being shipped on buses and planes across the country to be used as political props. Clearly, transporting families, including children, across state lines under false pretenses is morally reprehensible, but it may also be illegal.”

Elaborating on his dubious legal acumen, Cruz goes on to call President Biden “the biggest human trafficker on the face of the planet.” Naturally, he didn’t bother to supply any coherent support for that hyperbolic nonsense.

It is likely that Hannity and Cruz would justify their remarks by trying to distinguish the legal differences between private citizens like themselves trafficking migrants, and government agencies doing so. However, neither Abbott nor DeSantis attributed their migrant relocation program to any official arm of their state governments, nor did they cite any legal statute that permitted it. So they were acting as individuals, while spending (wasting) millions of taxpayer funds.

What’s more, they purposefully refused to notify the states where they sent the migrants so that preparation could be made for their arrival. But they did notify Fox News. Which is further evidence that this was a political act, not one under the auspices of the state government.

Consequently, the mutual conclusions by Hannity and Cruz that such activities would be illegal is a significant event. They are affirming that Abbott and DeSantis should be investigated for crimes and indicted if sufficient evidence is found. And unlike most of what these two cretins say, that’s a conclusion that most Americans who believe in law and order, and equal justice, would agree with.