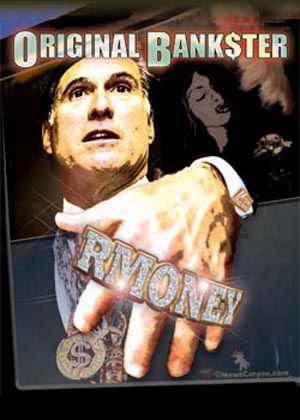 With the election season fully in bloom, the aroma of deceit and desperation is growing more pungent by the hour. Mitt Romney, The Original Bankster, continues to be evasive about his international business affairs, and he refuses to release more than a single year of tax returns in order to quell speculation. His electoral prospects have not been noticeably enhanced with the addition of Wisconsin congressman, and extremist right-winger, Paul Ryan to the ticket. Consequently, the GOP PR machine (aka Fox News) has swung into action to attempt to cauterize the wounds and manufacture some positive spin on behalf of the struggling Republican standard bearers.

The most effective contribution of the Fox spinners is their expertise in disseminating brazenly dishonest propaganda without shame or fear of reprisal. They construct fabrications that benefit their patrons and broadcast them to an audience that is so undiscriminating that they’ll watch Sean Hannity more than once. And since the majority of rational news consumers will never see much of what Fox works so hard to invent, we have complied a list of some of the most dishonest moments so far in the 2012 election cycle. [Note: in order to pare this list down to a manageable length, it has been limited to just just the last eight weeks. There’s only so much bandwidth on the Internet]

1) President Obama Did Not Call Mitt Romney A Felon
Mitt Romney claims that he had ceased to be involved with Bain Capital in 1999, although his signature on SEC documents affirms that he was the sole shareholder and CEO as late as 2002. Obama’s Deputy Campaign Manager, Stephanie Cutter, pointed out that Romney had to have lied on either the SEC forms or his public statements that contradict them. Fox News turned that into an accusation by Obama that Romney is a felon. However, there is a big difference between calling someone a felon and simply noting that if one were to commit a felony they would be a felon, which is all that Cutter had done. But Fox is not inclined to miss an opportunity to invent a controversy where none actually exists.

2) Fox News Built That
In a speech to supporters in Virginia, Obama praised the hard work of individuals and businesses while also noting the collective value of American investment in economic prosperity. So Fox News plucked an out-of-context soundbite from the speech that said “If you’ve got a business, you didn’t build that.” What Fox deliberately left out was that Obama was referring to public services like teachers and police, and to infrastructure like roads and bridges that contribute to the success of all businesses. It’s a position that Romney himself has taken. However, Fox News blew this distortion up into such a frenzy that the Romney campaign adopted it and now have made the Fox-built fallacy the theme for the GOP convention in Tampa. [Note: The GOP convention is being held in the Tampa Bay Forum, a facility that was built with mostly public funds]

The tactic of taking quotes out of context has been a favorite of the Fox News gang this year. They did precisely the same thing with remarks Obama made about the economy (the private sector is doing fine) and his record in office (we tried our plan and it worked). In both cases Fox left out critical language surrounding these remarks that revealed just how purposefully dishonest the Fox News team is.

3) The Swift-Boating Of President Obama
Fox News has proudly announced the commencement of a Swiftboat campaign against President Obama. The organization set up to carry out the assault is described as “A group of former U.S. intelligence and Special Forces operatives,” but in reality is a partisan assembly of Republicans and professional Obama haters. The Special Operations OPSEC Education Fund (SOOEF) plans to produce and distribute videos and advertisements that will criticize Obama for “taking credit for the killing of Osama bin Laden.” This is an archetypical implementation of Swiftboating whose purpose is to spread lies about a key achievement of Obama’s leadership as Commander-in-Chief.

The assertions by the SOOEF that Obama has improperly heralded himself for the demise of Bin Laden are demonstrably false. Their video features gross misrepresentations of Obama’s statements on the subject that loop portions of his speech referencing himself, but leaves out his abundant praise for the military and intelligence operatives who carried out the mission. The opening line of the President’s address to the nation announcing that Bin Laden was dead explicitly and unselfishly stated that “the United States has conducted an operation that killed Osama bin Laden.” He went on to thank “the countless intelligence and counterterrorism professionals who’ve worked tirelessly to achieve this outcome,” and he praised “the men who carried out this operation, for they exemplify the professionalism, patriotism, and unparalleled courage of those who serve our country.”

None of that was in the SOOEF video which Fox has featured in numerous broadcasts. What’s more, Fox actually uses the term “Swiftboating” to describe the anti-Obama campaign. Either they have completely given up on trying to pretend that they are a “fair and balanced” news enterprise (which no one believes anyway), or they don’t know that Swiftboating means lying.

4) Fox Nation Ignores Polls By CNN, Reuters, And — Fox News
Virtually every time a new poll on presidential politics is released Fox News will make a point to publish the results – so long as the poll shows Obama losing. In a particularly egregious example of this bias earlier this month, Fox prominently reported on a poll by the right-wing Rasmussen operation that placed Mitt Romney in the lead 47-43. What Fox neglected to report was that there were three other polls released at the same time that all put Obama ahead. And the most striking part of this omission was that one of the polls that Fox declined to cover was conducted by Fox News itself and put Obama ahead of Romney by nine points.

Fox couldn’t even bring themselves to report on their own poll conducted by their own pollsters. That’s the sort of biased cherry-picking that is the hallmark of Fox’s “news” charade. And it’s a crystal clear message to pollsters from Fox: If you want to be covered, you better say what we like. And that goes for Fox’s pollsters as well.

5) Welfare-To-Work Rules Were Not Weakened By the Obama Administration
The Romney campaign recently accused Obama of directing his administration to relax the welfare-to-work provisions of Bill Clinton’s welfare reform bill. That accusation is directly refuted by the facts. What Obama did was to permit waivers for states that could affirm their progress in moving people from welfare to work, and allowing them flexibility to enhance their programs. It’s a modification that Romney himself had requested when he was governor of Massachusetts. Nevertheless, Fox News picked up the accusation and ran with it. In every segment on the subject they portrayed the issue precisely as Romney had framed it despite every fact-checking operation concluding that Romney’s charges were entirely false.

And speaking of fact-checking, Romney has been rated untruthful 67 times by PolitiFact, and 14 of those were “Pants-on-Fire” lies (including the welfare lie). In fact, 43% of PolitiFact’s findings on statements by Romney are rated as untruthful. He’s downright pathological, but Fox has not yet reported that fact.

6) Obama Did Not Sell Amnesty For $465.00
After Obama issued a directive to the Department of Homeland Security not to advance the deportation of young immigrants who had been brought to this country by their parents and who had demonstrated achievement in school or the military, there was a rush of dishonest reporting from Fox News that Obama was placating law breakers and opening our borders to criminals, drug traffickers, and terrorists. Of course, none of that was true. News reports from more objective sources correctly noted that the beneficiaries of the program had broken no laws and that the public overwhelmingly supported the President’s plan.

After the initial drama subsided, Fox News decided to take another stab at promoting their false narrative. They began running reports alleging that Obama was “selling amnesty” to illegal aliens. What Fox was grossly misrepresenting was that the program had an application fee to help offset its costs. One would think that deficit minded conservatives would have approved of that fiscal responsibility. But Fox chose to present it as the purchase price for amnesty even though no one in the program would receive amnesty.

7) Soldiers Were Not Prevented From Voting In Ohio
The issue of voter suppression has been a major factor in this years election contests. In states across the country Republicans have been working strenuously to reduce early voting availability and impose unreasonable identification requirements that serve to disenfranchise mostly voters who are minorities, seniors, students, and low income. But perhaps the worst example of distorting the issue occurred when Fox News accused the Obama administration of seeking to trample on the voting rights of people in the military.

The actual story is that the Republicans in the state of Ohio passed a bill that reduced early voting for everyone in the state except the military. The Obama Justice Department contested the move arguing that the same early voting privileges should be available to all Ohio voters. So the Obama administration was actually advocating for expanding voting rights for everyone, including veterans who would have been excluded under the GOP bill. The characterization by Fox News was 180% opposite of the truth.

8) Fox News Reports Obama Birth Certificate “Definitely Fraudulent”
In a stunning piece of journalistic malpractice, Fox News reported assertions that Obama’s birth certificate was “definitely fraudulent.” The remarks were from Arizona sheriff Joe Arpaio, and while they were correctly attributed, nowhere in the article did Fox note that the birth certificate had been authenticated and that every credible source agrees that it is valid. The only references to the birth certificate’s authenticity were framed as merely “claims.” And Fox being “fair and balanced” regards all claims as having equal weight, even those without any substance to back them up. 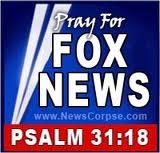 This is a necessarily abridged collection of Fox falsehoods. There are far too many more to list here. But in the last eight weeks Fox News has disseminated some glaring whoppers in an attempt to prop up the flailing Romney campaign. Expect this to continue through the upcoming conventions and straight through to November. Because when you are supporting a candidate who refuses to reveal his taxes, his business history, or even his proposed policies, all you have left is what you can make up.