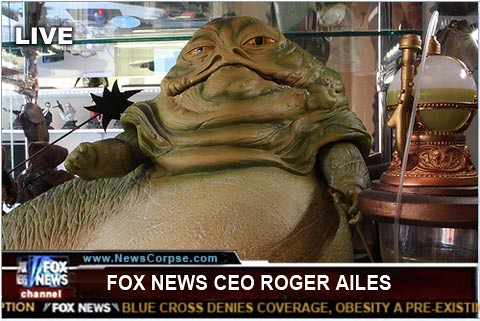 Last night Fox News CEO Roger Ailes was honored by the Boy Scouts of America with the 2009 Good Scout Award. If his corpulent visage wasn’t enough to frighten the children, his acceptance speech surely turned the trick. Here is an excerpt that was broadcast by the boot-licking toadies of Fox & Friends:

So Ailes is “heartened to know that what the enemies of America don’t know is that someday they will meet the courage, resilience, dedication of these young Americans.” If you were a ten year old Scout in the audience, would you be heartened to know that powerful adults like Roger Ailes are already conscripting you into armies to face future enemies? And isn’t this the same sort of government indoctrination of innocent children by Ailes, for which his network has so furiously condemned President Obama?

Ailes was introduced by his good friend Rush Limbaugh. In the introduction, Limbaugh candidly revealed something that most observers already know about Fox News, but which Ailes himself has decried in the past as a great danger:

Limbaugh: Roger’s never been on camera. Roger is not actively in the director’s chair every day for all these shows and yet he’s created this culture where everybody there is on the same page and proud, and they’re winning.

Ailes: The greatest danger to journalism is a newsroom or a profession where everyone thinks alike. Because then one wrong turn can cause an entire news division to implode. We must respect and encourage diversity of thought and speech in the newsroom. 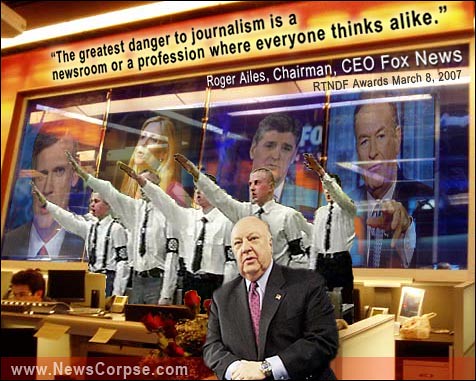 I think we can comprise and agree that Fox is both a myopic purveyor of lock-step biases AND a great danger.