Looking back on 2009 can be a harrowing experience. There has been much that many people would rather not recollect. It was a year that began with dreadful economic suffering. From there it went on to unprecedented political division, animosity, and disappointment from virtually every perspective. And it ended with a reminder of our vulnerability to violent extremists at home and abroad. For that reason, like the mythical Medusa, it may be best not to look back on 2009 directly.

Nevertheless, News Corpse has compiled some moments that, for our own good, ought not to be forgotten. 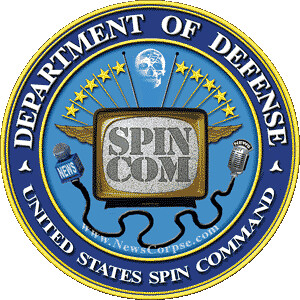 Media Malfeasance of the Year:
SPINCOM. In 2008, David Barstow wrote an article for the New York Times detailing how television news programs were employing Pentagon-trained military analysts to promote the Bush administration’s agenda for an unnecessary and illegal war in Iraq. In 2009, that article won a Pulitzer prize, a Golden Keyboard from the New York Press Association, and an Emmy nomination. Yet the article and its author never once appeared on television to discuss it. Despite Barstow’s many accolades and awards, the story was blackballed by the same TV producers who hired the phony pundits (who were also enriching themselves as consultants for the military contractors who benefited from the war). And by refusing to report on one of the most egregious examples of propaganda ever directed at the American people by their government, they also covered up their own complicity in cheerleading for the war.

2010 Prediction:
Someone famous will die while fleeing from police in a high-speed TV chase after being caught cheating on a spouse for a new reality show. 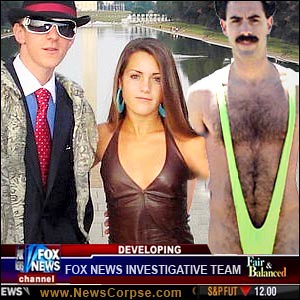 The Pimp & The Prostitute
What passes for journalism took a huge hit in 2009 when a couple of rightist activists dressed up for a Halloween expose on what they regarded as America’s most feared enemy: community organizers. James O’Keefe and Hannah Giles played the roles they were made for, a pimp and a whore, as they visited offices of ACORN. The results were dishonestly edited videos that were played incessantly on Fox News despite having zero news value. The pair never appeared on any other television news network as they were closely guarded by their mentor Andrew Breitbart, and their patrons at Fox. Sadly, the other networks acquiesced by reporting the story despite having no access to the pseudo-news team.

2010 Prediction:
Osama Bin Laden will buy Philip Morris, thus taking responsibility for killing 197,000 more Americans EVERY YEAR than he did that one time on 9/11. 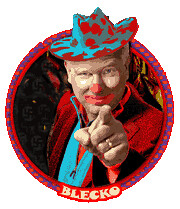 Color of Change We Can Believe In:
After Glenn Beck called the President a racist, a previously little-known group embarked on a boycott campaign directed at Beck’s advertisers. By last accounting Color of Change had persuaded over 80 advertisers to pull or withhold their ads from Becks show. What’s more, they compelled a retraction from the DefendGlenn web site (whose proprietor, Gary Kreep, is a story unto himself) that had been falsely disparaging the boycott efforts.

2010 Prediction:
Twitter will fold when its enfeebled users decide that 140 characters is too many to comprehend. It will be replaced by Blather, where messages are restricted to 26 characters and you can only use each letter of the alphabet once. The media will herald it as a phenomenon.

The Tea Party Delusion
What can be said about the year’s most overblown non-story: The Tea Party Movement? Never has there been a less significant amalgamation of disruptive whiners that received more attention from a controversy-challenged media. The Tea Baggers were always just a noisy minority who were fully sponsored by right-wing lobbyists and Fox News. But near the end of the year a poll was released that revealed the truth, even though the true part was ignored. The NBC/Wall Street Journal poll hit the airwaves proclaiming that Tea Baggers (at 41%) were more popular that Democrats (35%) or Republicans (28%). What they didn’t report, although it was in the same poll, was that 48% of respondents knew very little or nothing at all about the Tea Baggers. When almost half of the country doesn’t know who you are, you are not much of a movement.

Undisputed Scumbag Pundit Hall of Shame
This award is a tie due to the presence of two so thoroughly deserving Scumbag Pundits. These despicable cretins earned their awards by claiming a couple of the most repulsive utterings ever contemplated in the press:

Former CIA employee Michael Scheuer: “[T]he only chance we have as a country right now is for Osama bin Laden to deploy and detonate a major weapon in the United States.”

And just for fun, I now present the Comedy Colonoscopy Award for 2009. So far as I know, there was only one entry. But it’s a doozy:

One thought on “The News Corpse 2009 Retro-Speculum”