Last week there was a surprising announcement that international media baron Rupert Murdoch had made a bid to expand his empire even further. He submitted an offer to acquire Time Warner in an $80 billion stock transaction. 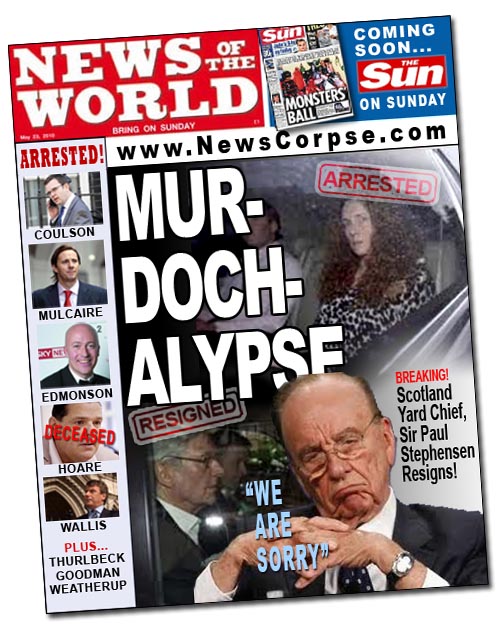 This would be an atrocious development for a myriad of reasons. It would create an anti-competitive monopoly in several media markets including film production and distribution, and cable TV operations. Furthermore it would make Murdoch the most powerful force in media with control over an unprecedented percentage of both news and entertainment businesses. This would only enhance his already dominant position in worldwide newspaper publishing and satellite television.

Murdoch has demonstrated his cravenly biased approach to business management with his current corporate holdings. These include the world’s most flagrant disseminator of right-wing propaganda, Fox News. Particularly notable is the shift at the Wall Street Journal where, prior to his acquisition, it was a respected leader in business and general reporting. Today it is a hollow shell of its former glory. It had been awarded the Pulitzer Prize for news journalism thirty-four times in its celebrated history, but has not received a single one since Murdoch assumed control seven years ago and turned it into just another of his tabloid rags.

Taking all of that into consideration, it is important to know precisely the sort of man who is proposing to become the head of the most powerful media conglomerate in history. So here is a brief summary of Murdoch’s recent resume:

The scope of the corporate megalith that would result from a Murdoch takeover of Time Warner should be more than enough to prohibit the acquisition. It would create an unholy monopoly that our anti-trust laws were specifically put in place to prevent. But the depraved and criminal character of Rupert Murdoch should also be a fatal impediment to a Time Warner deal. There are morals clauses in business that ought to exempt Murdoch from completing this purchase. In fact, they ought to force him out of his current position and commence a discussion of whether his citizenship should be revoked.

If you’re interested in taking some concrete action to hold Murdoch accountable and protest the proposed Time Warner deal, Media Matters has started a petition to fight back against Murdoch’s encroaching media tyranny. Please sign it and share it with everyone you know.