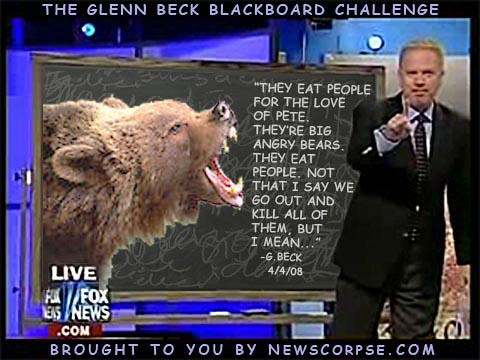 In a new video from Sarah Palin’s PAC, women are brought into the spotlight in some particularly unflattering portrayals. Rather than casting women as intelligent and productive participants in the nation’s affairs, Palin repeatedly analogizes them to animals. Starting with pit bulls, then advancing to grizzly bears, and ending with a flourish of stampeding elephants.

In every case Palin’s imagery is of angry and hostile beasts, as opposed to thoughtful and serious citizens. She describes the rise of conservative women as a “mom awakening,” but there is little evidence of enlightenment in the movement.

Palin declines to even acknowledge that women can be clear thinkers and problem solvers. Instead, she praises their stereotypical feminine assets “…because moms kind of just know when something’s wrong.” That’s the insight of intuition, not education, experience, reason, or intellect. Is that what Palin and her “mama grizzlies” would bring to governing? I can almost hear her response to a reporter’s inquiry on why she thinks the U.S. should bomb Iran: “I kind of just know, dontcha know?” Then adding, “And God bless America, also.”

The entire video is a tribute to Sarah Palin as she promenades through rallies, book signings, and tea parties. There is plenty of footage of her faithful followers demonstrating their devotion. And to no one’s surprise, the crowd is conspicuously devoid of faces of color. This is the sort of attendance that she can expect at her appearance with Glenn Beck in Washington, DC, next month. DC’s National Zoo may want to close down for the day because the real wild kingdom is going to be on display on the stage in front of the Lincoln Memorial.