Back in May of 2011, Fox News assigned its crack investigative reporting team to expose a case of government malfeasance on a grand scale. They claimed to have uncovered wasteful spending on scientific research that served no purpose other than to line the pockets of academics engaged in questionable studies. At the top of the list was a now infamous project that involved the absurd but adorable image of a “shrimp on a treadmill.” 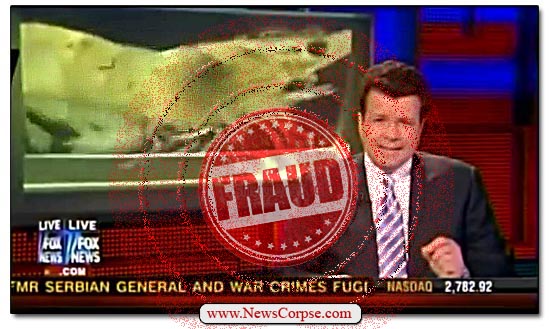 This story became emblematic of government’s incompetence and inability to exercise fiscal restraint. Fox News took it up in big way with hundreds of segments featuring the by now exhausted little sea creature. It was featured on nearly every Fox program with Neil Cavuto playing a prominent role in hyping it with a hefty dose of smugly delivered disgust.

Well, if you haven’t guessed yet, it turns out that this is just another fraudulent invention of the myth spinners at Fox News. David Scholnick is the professor of marine biology at Pacific University in Forest Grove, Oregon, where the notorious research was conducted. Earlier this week he published an article for the Chronicle of Higher Education that laid out for the umpteenth time what was actually being studied and the true costs involved.

On behalf of the National Science Foundation, Scholnick developed a project to ascertain “how recent changes in the oceans could potentially affect the ability of marine organisms to fight infections.” He justified the study by linking it to the very real risk of bacteria contamination to the food supply. But more to the point, he adamantly denied the accusations of any fiscal improprieties.

“Exactly how much taxpayer money did go into the now-famous shrimp treadmill? The treadmill was, in fact, made from spare parts—an old truck inner tube was used for the tread, the bearings were borrowed from a skateboard, and a used pump motor was salvaged to power the treadmill. The total price for the highly publicized icon of wasteful government research spending? Less than $50. (All of which I paid for out of my own pocket.)”

The truth is that the $3 million dollars attributed to the study was actually an aggregate sum that was used for a variety of NSF projects. It was not the amount spent on the shrimp experiment. And there is no evidence that any of the funds were misused or were not justifiable from a research perspective.

However, given the attitude of Fox News and conservative politicians toward science, it is not surprising to find them falsely accusing scientists of malfeasance. The wingnut community staunchly denies the existence of man-made climate change, evolution, and even the harmful effects of excessive sugar, salt, and tobacco. It’s only a matter of time before they begin to challenge the “theory” of gravity.

At the end of his article Scholnick takes a well deserved swipe at his right-wing critics by offering to sell his shrimp-sized NordicTrack for the bargain price of $1 million – a 67% discount on the bogusly reported cost. That’s the sort of special only found during the Black Friday sales after Thanksgiving. Some lucky buyer is going to get endless hours of satisfaction and be the envy of his friends and neighbors.

Stay tuned for the Fox News correction of their erroneous reporting, which I’m sure they will be broadcasting just as soon as they are finished spewing lies about Benghazi, IRS emails, executive amnesty, ObamaCare, the Keystone XL pipeline, voter fraud, Ebola, trickle-down economics, and – oh never mind. It may be better not to stay tuned after all.

2 thoughts on “So That “Shrimp On A Treadmill” Thing? Just Another Fox News Sham”