When Jon Stewart left the Daily Show (TDS) he left a hole that is much bigger than his diminutive frame. TDS was a unique brand of entertainment that delivered more than humor. It was a daily session of cathartic therapy that provided a safe place to scream at the world through a video surrogate. It was a mocking rebuke of the madness that has infected contemporary politics and culture. It was an assault on the media from a rebel force that they couldn’t control. 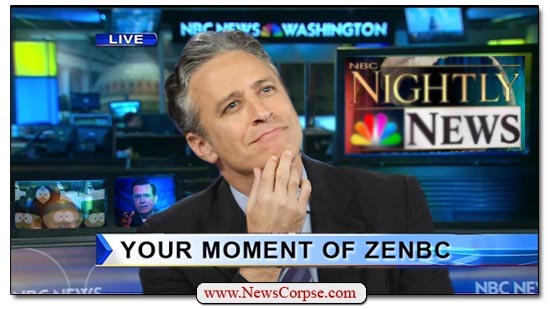 TDS became so respected as a source for news that it was commonly included in polling to rate news providers despite being on a comedy network. And it generally rated quite well and higher than many of the allegedly serious news networks. That fact drove the media elitists wild with jealousy as they sought to ridicule the viewers as slackers (Bill O’Reilly added “stoned”), even though studies showed that the TDS audience was also better educated and informed than mainstream news viewers (including O’Reilly’s). Long-time TDS correspondent Stephen Colbert addressed this criticism saying that TDS viewers had to be knowledgeable about the news or they wouldn’t get the jokes.

With one of the most bizarre elections in history currently in progress, there is more material than ever for fierce mockery. The Trump candidacy is a Chinese joke factory – you know the kind that churns out gag-rich laughables 24/7 that sound like they were made by children. The cliche that “the jokes writes themselves” has been trotted out to describe the atmosphere, but talented professionals will still do a better job of it. And Trump isn’t the only source for freestyle farcicals in this election cycle. Ted Cruz is the first competitive presidential candidate to hail from the messianic wing of the Republican Party. And the opportunities missed by the now-defunct campaigns of Ben Carson, Chris Christie, Rick Perry, Carly Fiorina, Jeb Bush, etc., can never be regained. The Democrats aren’t immune from mockery either, but I’ll leave that to all of the conservative comedians (oh wait, we still haven’t found any those, although Fox News is trying to desperately).

However, since Stewart stepped down from the fake anchor’s desk there has been an aching absence of the purgative satire that he mastered. His hand-picked successor at TDS, Trevor Noah, is an able comedian, but lacks the everyman relatability that endeared Stewart to his viewers. Larry Wilmore, who inherited the time slot of the Colbert Report, has been improving lately, but still falls short of his predecessors. And speaking of Colbert, his new role as himself on CBS’s Late Night doesn’t have the punch that his character did on Comedy Central. It doesn’t help that he is required to host celebrities and other product pluggers for most of the program.

There are some bright spots in the satire field. Most notable is John Oliver’s brilliant and hilarious long-form comedy on his HBO program. Seth Myers has transferred his SNL Weekend Update anchor routine pretty well to his Late Late Show’s “A Closer Look” segment. And former TDS correspondent Samantha Bee’s “Full Frontal” has gotten off to a promising start. But Oliver and Bee are only offering one show a week, which hardly fills the void.

What everyone seems to be missing is the fact that Stewart was not doing political satire. He was doing media satire. His targets were predominantly news outlets and the people that represent them. While politicians weren’t shy about publicly embarrassing themselves on a regular basis, it was more often the way that they were covered by the press that attracted Stewart’s attention. And Fox News, the most flagrantly dishonest purveyor of propaganda, was a frequent and well-deserved target. While some comics do go after Fox from time to time, nowhere is there the kind of relentless ridicule that Stewart unleashed on a regular basis. His consistent and high quality humor launched a popular meme proudly declaring that “I get my news from Comedy Central and my comedy from Fox News.”

Satire is a centuries-old form of communication that, at its best, is not only funny, but enlightening. And in the heat of this electoral season, where the front-runner of one of the major political parties is endorsed by the KKK and isn’t bothered by comparisons to Adolf Hitler, satire is an indispensable component to dealing with the insanity that appears to have taken over the GOP and much of right-wing America. The news pundits that provide the so-called informed commentary on current events are too insipidly timid to be useful. Even worse, they are too often oblivious to the truths that a good humorist can make so apparent.

That’s why we need Jon Stewart to return to the public discourse in some fashion. He can’t resume his post at TDS, but he could provide a daily commentary segment on the Rachel Maddow Show, or Colbert’s Late Night, or even NBC News. His insights would give relief to the millions of Americans who are being tortured by a media culture that is functionally blind. He would present a perspective that is altogether missing from the news, and now even from television comedy.

It would be a major coup for whatever program or network was smart enough to reel Stewart in. And considering that there was once a ludicrous attempt to hire Stewart to host Meet the Press, this proposal makes much more sense and is actually plausible. C’mon, Jon – we need you. We need you continue to remind us that “Bullshit is everywhere […] and the best defense against bullshit is vigilance.”