Donald Trump became President of the United States at noon on January 20, 2017. However, our new billionaire POTUS doesn’t work weekends and declared that his first day in the office would be Monday. Now that he’s officially on the job, this would be good time to review what he said he would do. 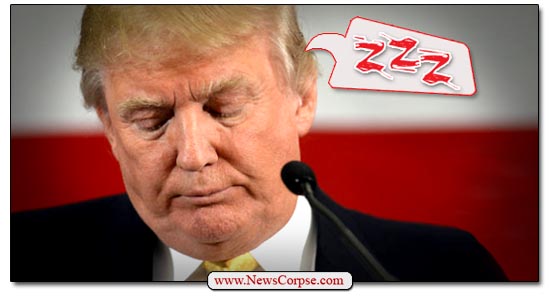 Candidate Trump made dozens of promises that he explicitly said would be done on “Day One” of his presidency. [That would be day three in Trump Time]. Some, he assured his supporters, would be fulfilled in the first hour. To be sure, his proclamations were so outrageous that a rational person wouldn’t have believed he could possibly come through. That says nothing, though, of what his voters were thinking. What follows are some of the more notable first day vows Trump has already failed to keep.

Trump’s ambitions as a candidate were ludicrously overblown and unachievable. However, his credibility, like all politicians, rests on setting reasonable goals and following through. He could not have possibly been telling the truth when making all of these promises.

Therefore, his supporters were misled and have every right to be disappointed, if not incensed. But given the cult-like devotion they have to their Dear Leader, don’t expect them to be. A political movement that redefines white supremacy as “alt-right” and advances the concept of “alternative facts” isn’t likely to care that promises are broken so freely. However, America’s democracy could be severely harmed if citizens become complacent about lying and deliberate misrepresentation. And Donald Trump’s “Day One” failures show that he excels bigly at both.