History will record the total absence of “leadership” provided by Donald Trump and his regime as a catastrophic failure. It is unimaginable how thoroughly negligent Trump has been as a deadly pandemic spread across the nation and the world. 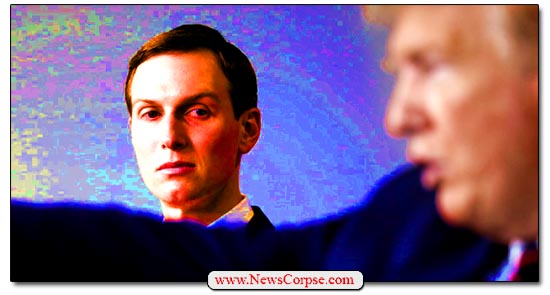 Trump’s first inclination was to ignore the coronavirus entirely. He failed to take heed of at least a dozen warnings in his Daily Presidential Briefings. Then he cavalierly dismissed the threat as trivial, saying that it was “totally under control,” that it would “disappear…like a miracle,” and that “you have 15 people, and the 15 within a couple of days is going to be down to close to zero.” It is now more than a million. And through it all he refused to take any responsibility for his negligence and incompetence as he wasted crucial months shifting blame to others.

At the same time, Trump hijacked the White House Coronavirus Task Force briefings to cast himself as the star of what became an egocentric reality TV show that functioned more as a Trump 2020 reelection campaign infomercial. Instead of focusing on public education, he disseminated lies, insulted reporters, and bragged about the ratings. It got to the point that even his political allies were grimacing at his bizarre behavior. So he announced that he would cease to attend the briefings. That didn’t last but a couple of days.

Which brings us to Wednesday morning when Trump’s son-in-law, Jared Kushner, made an appearance on Fox News for his regular propaganda and happy-talk segment (video below). And he didn’t disappoint his hosts, the “Curvy Couch” potatoes of Fox and Friends. He kept his remarks socially distant from reality by faithfully adhering to pre-established talking points such as his disparagement of health experts as “the eternal lockdown crowd.” Then he elaborated…

“We’re on the other side of the medical aspect of this, and I think that we’ve achieved all the different milestones that are needed. So the federal government rose to the challenge, and this is a great success story.”

Literally every line of that is flagrantly untrue. We are certainly not “on the other side of the medical aspect of this.” To the contrary, the number of infections and fatalities continue to rise. We have not “achieved all the different milestones.” Unless Kushner regards 60,000 deaths an administration milestone. What’s more, we are not even close to the number of Americans tested that experts say are necessary to “flatten the curve.”

Kushner’s assertion that “the federal government rose to the challenge” is not only false considering its tragically poor performance, it contradicts what Trump says is the federal government’s role. Trump has repeatedly insisted that the states have primary responsibility and the feds are are just a backup of last resort.

Finally, Kushner closed by calling the Trump administration’s handling of this crisis “a great success story.” That’s an assessment so preposterous it hardly deserves a response. With tens of thousands of dead Americans, and over a million more suffering, any characterization of this as successful can only come from deranged and callously insensitive mind.

However, Trump is desperate to sell this snake oil story. The American people are not buying his self-serving presentations of an allegedly flawless response to the COVID-19 pandemic, nor his utterly insufficient efforts to bring relief to a nation crippled physically, emotionally, and financially. And he has fallen behind Joe Biden in every national poll, as well as polling in many of the critical swing states. It is in that state of desperation that Trump is frantically struggling to survive politically and psychologically. But with each passing day he seems to be losing both battles.

“This is a great success story.” – Jared Kushner