The easiest way to ascertain what or who Fox News is most afraid of is to observe what they attack with the most ferocity. That’s often apparent in their relentless assaults on President Biden, Nancy Pelosi, Black Lives Matter, and any politician, Democratic or Republican, who dares to criticize Dear Leader Donald Trump. 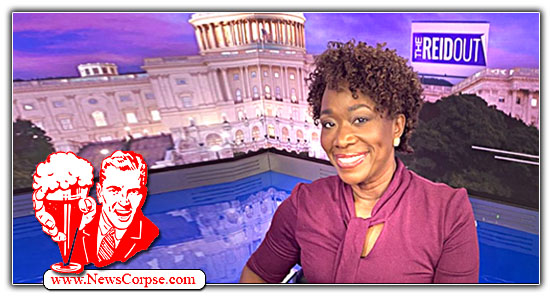 A frequent target of Fox’s feces flinging is MSNBC host Joy Reid. She embodies two of the network’s primary criteria for caustic condemnation. She is Black, and she’s a woman. And on the basis of those factors Fox News posted a story on their website chastising Reid for her well-founded critique of Florida governor Ron DeSantis’ latest efforts to turn the state into a mini-autocracy.

RELATED: Fox News is SHOCKED that MSNBC’s Joy Reid Rightly Berated Them for Killing Off Their Audience

However, it wasn’t enough to simply rebut Reid’s factual and rational arguments. Fox provided a headline for the article that was deliberately offensive and drenched with misogyny. It read: “Joy Reid screeches DeSantis’ ‘private police force’ will ‘intimidate’ Black people ‘out of being able to vote’”

“Screeches”? That’s a word that was chosen intentionally to malign Reid as both a maniac and an unstable woman. There was, however, nothing in her commentary or delivery that could be remotely characterized as screeching. Here is a portion of it…

The Fox News article opened with a brazenly biased paragraph demeaning her remarks as just “another rant,” while ignoring the substance of her criticism:

“MSNBC host Joy Reid embarked on another rant against Gov. Ron DeSantis, R-Fla., on Monday, claiming that, in addition to all the ‘authoritarian’ things he’s doing in the state regarding Disney and redistricting, he now has his ‘own private police force’ meant to ‘intimidate’ Black Floridians ‘out of being able to vote.'”

The truth is that it is DeSantis who has embarked on a crusade of anti-democratic policies modeled after his hero, and fellow wannabe dictator, Donald Trump. He did attack Disney in retaliation for their opposition to his “Don’t Say Gay Bill.” He did create a private election police force intended to intimidate and obstruct primarily Black and Democratic voters. He did force his own partisan gerrymander to redistrict Black precincts out of existence.

The only screeching being done here is by the rabidly hyperbolic headline writers at Fox News. Reid was, as usual, composed and articulate and focused on the subject at hand. And it was precisely because of her her intellect and composure that Fox New felt it was necessary to lash out with insulting and utterly inappropriate language.

However, by doing so they are just admitting that they are incapable of refuting anything that Reid actually said. So they resort to the childish antics of their cult leader and role model, Donald Trump. Whose bona fide screeching is a hallmark of his noxious persona.