Three months ago the projected return of Donald Trump to the Internet was announced by his spokesperson, Jason Miller. That set the stage for the former Narcissist-in-Chief to reprise his role as America’s Biggest Loser. And now, after nearly six months of exile, there are signs that Trump is closer to resuming his petulant trolling, annoying whining, and relentless lying. 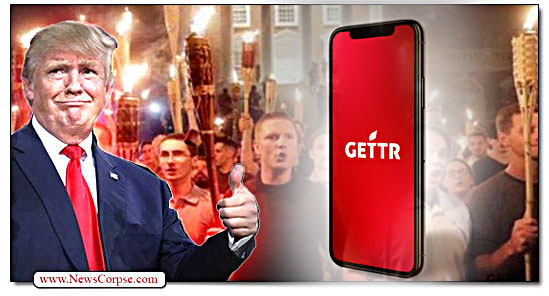 Back in March Trump launched what he said was his new “social media platform.” But true to form, it was a dismal failure that he shut down in less than a month. Now Trump’s new alt-Twitter project has been dubbed GETTR, a name that is a cringeworthy nod to his years of sexually abusive behavior (i.e. GETTR by the pussy). He might have just called the site PREDATTR. Or he could have gone another way with TRAITTR to highlight his leadership of the insurrection and other anti-American attacks on democracy. The site itself is a shameless ripoff of Twitter. Politico is reporting that:

Rest assured that Trump and his confederates at GETTR have no intention of providing a “true marketplace of ideas.” In fact, they have always proven to be the real perpetrators of “cancel culture,” incapable of grasping common sense, and the enemies of free speech. What’s more, the marketplace that Trump is entering into is already populated by his addled allies Dan Bongino (Parler), and pillow guy, Mike Lindell (FrankSpeech).

The GETTR app is available now from the Apple and Google stores. It’s been downloaded a whopping one thousand times from each store. For the record, Twitter currently has 69 million users in the U.S. alone. And GETTR is being pitched with a tag line that was obviously written by someone who doesn’t speak English. It says that…

“GETTR is a non-bias social network for people all over the world. GETTR tried the best to provide best software quality to the users, allow anyone to express their opinion freely.”

So what’s the prognosis for GETTR? Who knows? What we do know is that Trump’s prior businesses have suffered at least six bankruptcies. His “university” was shuttered due to fraud and corruption, and was ordered to pay restitution exceeding $25 million. His private jet is in mothballs His hotels and golf courses are bleeding in debt. And he’s being pursued by prosecutors from Washington, New York, Florida, and Georgia.

And one more thing. Checking on GETTR this morning revealed this… 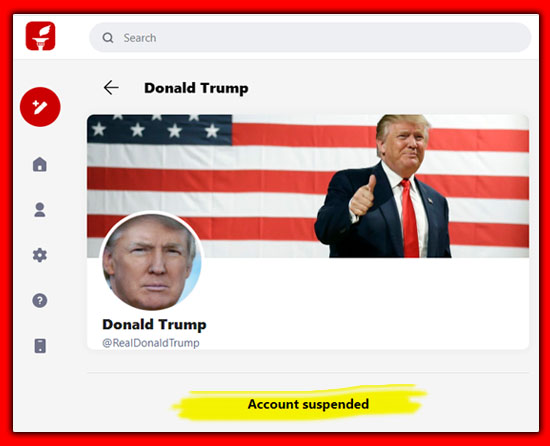 UPDATE: The Daily Beast is reporting that GETTR is: “A new social media network led by Donald Trump adviser Jason Miller is backed by a fugitive Chinese billionaire who once invited Steve Bannon to live on his yacht.” Good to know.