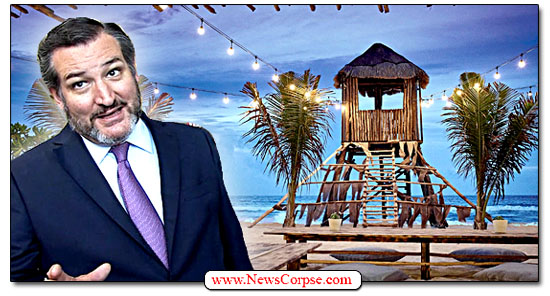 Last Friday Fox News deliberately and deceptively edited a video of President Biden to make it appear as if he made a racially insensitive remark. He didn’t. Fox News purposefully removed the part of Biden’s speech that provided the context and left the false impression. That’s not an uncommon tactic used by Fox to slander their political foes. And it happened again just one day later.

On Saturday there was a protest at Gracie Mansion, the official residence of the Mayor of New York City, ostensibly in opposition to COVID-19 vaccine mandates. Naturally, Fox News covered this event without disclosing that they impose vaccine mandates on their employees. But that wasn’t the worst part of this pseudo-journalism.

However, that is a significantly different presentation from the story as it appeared when it was first published. Originally the article’s title was “Antifa members clash with White nationalists over COVID vaccine mandate outside NYC’s Gracie Mansion.” The URL for the article still reflects its original title referencing the organizers as White nationalists.

That wasn’t the only undisclosed edit. The original article began quite differently, stating that…

“Antifa protesters and a White nationalist group appeared to clash at an anti-vaccine mandate protest held outside of Gracie Mansion in New York City on Saturday night.”

“Far-right activist Nick Fuentes organized the protest against vaccine mandates outside of Gracie Mansion on Saturday night, where Antifa groups also showed up to confront his group, the “Groyper Army. The Anti-Defamation League considers the “Groyper Army” as a white supremacist group.”

None of that is the article in its current state. In fact, the words “white nationalist” are not in the current article at all. Nor is the reference to the “Groyper Army,” a group described by the Anti-Defamation League (ADL) as “a loose network of alt right figures who are vocal supporters of white supremacist and “America First” podcaster Nick Fuentes.” The White nationalist language also was preserved in an early tweet that Fox News posted to promote the article.

It’s also notable that the photo Fox News used in their promo was not taken at the Saturday protest. It is a stock photo that they have used many times when referring to Antifa. 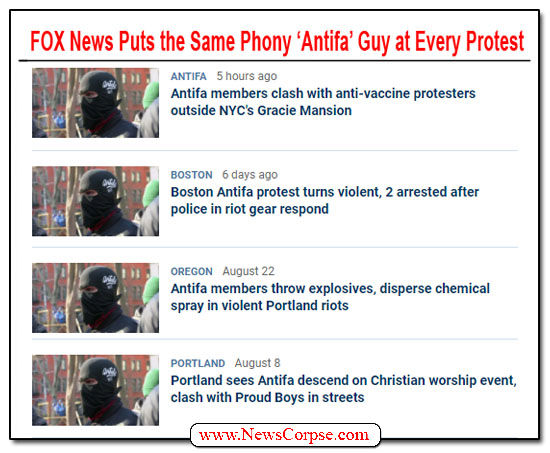 The specter of Antifa is mentioned throughout the story. Never mind that Antifa does not exist. There is no such organization. There are no members, or leaders, or headquarters, or agenda, or logo-adorned hoods. At best it’s a loose affiliation of Americans who oppose fascism, like most Americans.

The original article cites the counter-protesters as being from “United Against Racism and Racism NYC.” That, however, was entirely removed from the story. Although the article does mention that Fox News attempted to get an official response, but that “A representative for Antifa did not respond to Fox News.” Perhaps that’s because it doesn’t exist or have any representatives.

This is a blatant example of Fox News manipulating their story, after the fact, to make it consistent with their editorial mission and their right-wing propaganda narrative. The original version connecting anti-vaccine activists – and Donald Trump’s America First thugs – to White supremacists could not be allowed to stand. But they apparently aren’t aware that the Internet preserves everything, including their dishonesty and disinformation.