So Oliver North was on Fox News giving analysis on the negotiations with Iran about nuclear weapons. Yeah, that Oliver North. the one who sold arms to Iran for Ronald Reagan, which was against international law. The one who took the illegal profits and sent them to terrorists in Nicaragua, which was against federal law. And if that weren’t enough, he lied under oath to Congress about it in his Marine uniform.

You have to hand it to Fox News for selecting this felonious cretin to pontificate about contemporary arms negotiations with the same country that he supplied. And his view that President Obama’s efforts to prevent Iran from having the deadliest weapons are “an unmitigated disaster,” makes you wonder what he thought of his role in arming Iran while they were holding Americans hostage.

It also makes you wonder how stupid Fox News viewers are. 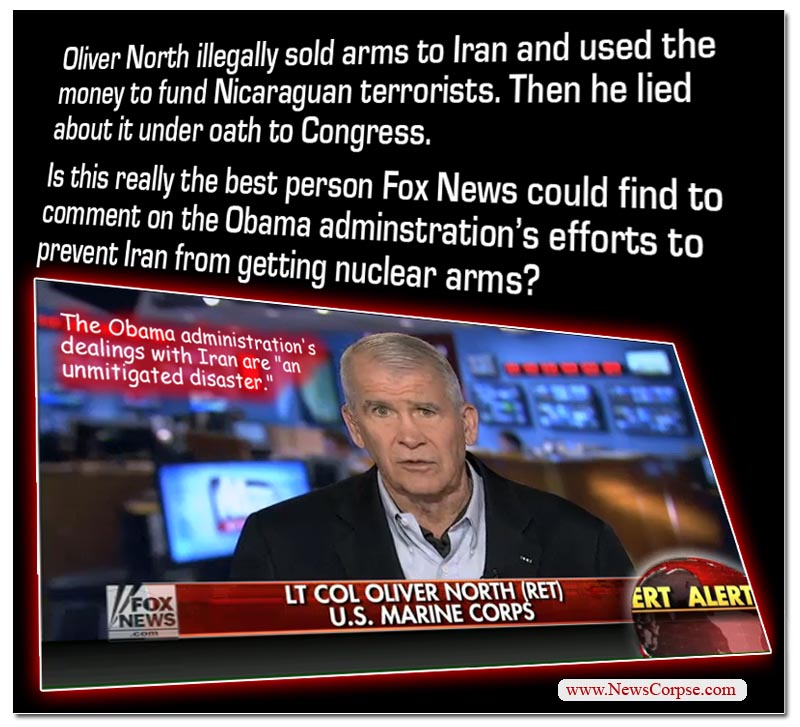