There is much being made about a new CNN poll that shows Donald Trump leading his GOP rivals in the race for the Republican nomination for president. However, there is less substance in these numbers than the media is pretending there is. What is astonishing is just how shallow the media analysis of these polls are. The ranking at which Trump finds himself can easily be explained by the clinical dementia of today’s Republican (Tea) Party. And despite these polls, Trump will never get the nomination or reside in the White House. 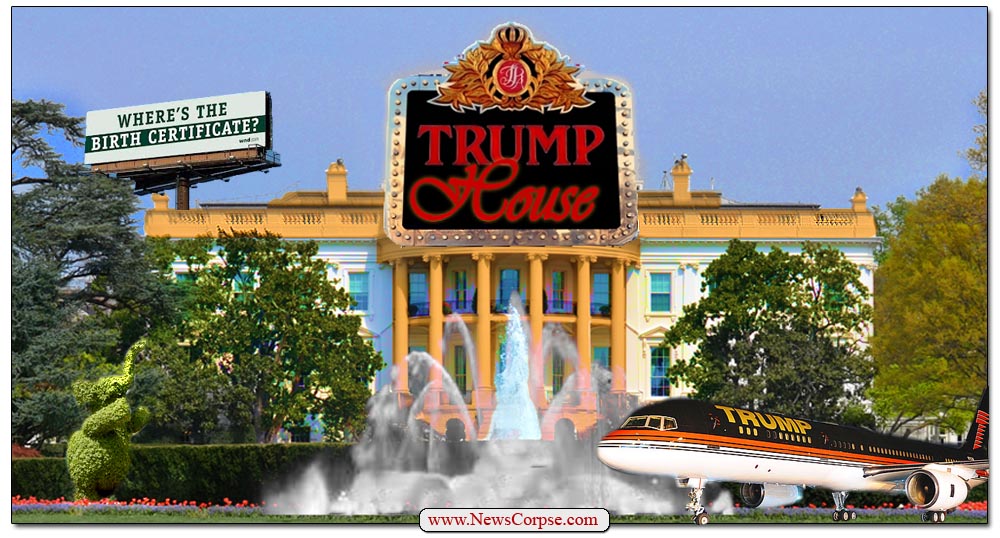 Let’s take a closer look. Trump currently has 18% of the support of the GOP voters. The truth that everyone is ignoring is that that’s an awfully pitiful expression of support. It means that 82% are not supporting him. Why does anyone in the press think that’s a positive showing?

Nevertheless, the media is heralding Trump as the runaway GOP leader with his measly 18% of support. For perspective, note that Bernie Sanders, in his campaign against Hillary Clinton for the Democratic nomination, is pulling support from 19% of Democratic voters. Yet the press is dismissing him as trailing Clinton badly. So Sanders has more support among Democrats than Trump does among Republicans, but the schizophrenic media declares Sanders a loser and Trump a phenomenon.

This same schizophrenia is shown in how Republican operatives and pundits portray the relationship between the media and the candidates. If Clinton declines to do an interview or makes reporters walk behind a rope line so they don’t interfere with her interactions with voters, she is condemned as being anti-media and disrespectful to the fine men and women of the press who are struggling mightily to bring truth to the American people. But if Trump or any other Republican bashes the press or denies them access (as Trump just did to the Des Moines Register), they are cheered for putting those unethical press weasels in their place.

Getting back to Trump’s placement in the GOP polls, the explanation for it is that there is a demographic in the Republican electorate that can best be described as batshit insane. And Trump has managed to secure a near monopoly on that addle-brained GOP faction. Prior polling has revealed that a significant subsection of the GOP holds some hysterically idiotic views. For instance:

Having established that a fair percentage of Republicans embrace a measure of dumbassedness in frightening proportions, the fact that a particularly knuckleheaded candidate has corralled them into his camp is not especially surprising. In fact, it would be surprising if these dimwits did not coalesce around a similarly daft contender, just as they did in the last election cycle with Michelle Bachmann, Herman Cain, Newt Gingrich, et al.

Consequently, Trump’s confederacy of dunces is sufficient in numbers to rise above his rivals, so long as there’s a lot of them. That’s because when you divide the remaining Republicans who are not wacko-birds (h/t John McCain) among the fifteen other candidates, there aren’t enough of them left to surpass the Trump/crazy constituency. That does not mean that Trump has a commanding lead. It means that there are way too many players on the field diluting the results for each of them. As they whittle down to a more manageable number, the 82% of non-Trump supporters will disperse to other candidates who will then tower over his paltry flock.

While the media is obsessing over the fake Trump “dominance,” they are missing some real news in the same CNN poll. For starters, they missed that Trump has the highest unfavorables of all candidates, Republican and Democratic. Meanwhile, Clinton has the highest favorables of all candidates, Republican and Democratic. Furthermore. Clinton is beating every Republican matched against her (Trump loses by 18 points). And the icing on the cake: Sanders is also beating the Republicans in head-to-head matchups (Trump loses by 20 points).

This is what passes for political reporting these days. Is it any wonder that people hold the media in such low esteem? They are littered with lightweights who seem to have no analytical skills or historical memory. If they did they would not be so shocked that a loudmouth buffoon has earned the admiration of the GOP’s most radical, racist, and ignorant bloc of voters, while four out of five of the poll’s Republican respondents reject him.