One of the first reactions to the tragic bombings in Brussels came from conservative pundits and politicians who berated President Obama for being in Cuba and sticking to his scheduled activities. They were outraged that the President didn’t drop everything and hightail it back to Washington so that he could…

Well, I’m not sure what they thought he could do there that he couldn’t do from Cuba. Still, for some reason they thought he should have tucked his tail between his legs and scurried back to D.C. In the 21st century the notion that a president has to be in the Oval Office for anything to get done is ludicrous. A few years ago Obama was delivering a hilarious address at the White House Correspondent’s Dinner while Seal Team 6 was disposing of Osama Bin Laden. The mission was ordered, engaged, and in progress without the President chained to his desk. And it was an undeniable success. But to the Fox News crowd America is being let down unless terrorists get to decide where our president should be. And if the President isn’t as rash and irrational as wingnuts think he ought to be, the terrorists win.

That’s the sort of defeatist rhetoric that makes life easier for terrorists. They know that they can’t beat the United States in a military battle, so they engage in acts of terror whose only purpose is to spread fear in the West and to promote recruitment to their cause among extremist Muslims. Of course, they don’t have any governmental infrastructure or media apparatus so they depend on the private press to promote their activities. And like every other public relations campaign, the more press coverage they get, the better for their cause. 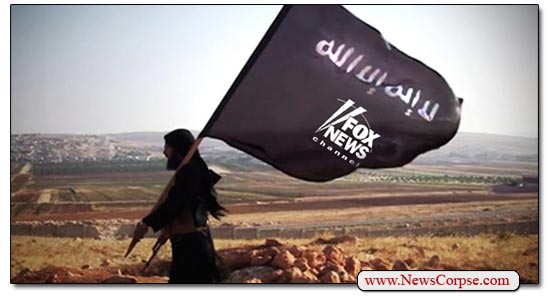 That’s why the President was right to stay in Cuba and continue with his historic visit, including a baseball game between the Cuban national team and the Tampa Bay Rays. Obama himself put it clearly in remarks to ESPN:

“The whole premise of terrorism is to try to disrupt people’s ordinary lives. […] What they can do is scare, and make people afraid and disrupt our daily lives and divide us. And as long as we don’t allow that to happen, we’re gonna be okay.”

Exactly. So why don’t conservatives get it? The truth is, they probably do, but they would rather scold the President for invented misdeeds than to admit that he is demonstrating strength, wisdom, and representing the nation’s best interests.

People need to realize that these heinous bombings are intended by the terrorists to inflame emotions and draw Western powers into a quagmire on their battlefield. And as if to validate that goal, war hawks among American conservatives are falling for the tactic and calling for an increased military presence in Iraq, Syria, Yemen, Afghanistan, Libya, etc. Donald Trump is even arguing that the U.S. should adopt the tactics of the terrorists in order to fight them on their own terms. He said that…

Fighting on an equal basis as terrorists lowers us to their level. It obliterates any moral authority we might have. Trump is an ignorant cretin who can’t grasp the simple concept that America is only worth fighting for because of the principles we embrace. Resorting to the sort of savagery that is embodied by terrorism, including waterboarding and carpet bombing, makes us no better than the enemy and not worthy of defending. Not to mention that it is precisely what the terrorists want. The more they can portray us as the ruthless ones, the more converts they can acquire. Adopting their methods is a dangerous submission to the will of the enemy. Why would anyone want to give the terrorists exactly what they are hoping for? That used to be called treason.

In the process of castigating Obama with their knee-jerk criticisms, conservatives are demeaning not just the President, but the whole country. They make public statements that disparage our military and our resolve to be victorious. That must go over pretty well with the leaders of ISIS and Al Qaeda. When American senators and news commentators characterize our side as “weak” and “losers” it emboldens our enemies and invites them to escalate their attacks. It is also a blatant lie. What these traitors are forgetting (or not bothering to learn) is that…

“Since the beginning of the American-led air campaign against ISIS, the coalition has launched 8,000 airstrikes and dropped about 28,000 bombs on ISIS sites in Iraq and Syria. In other words, we’ve been launching about 17 airstrikes and dropping 60 bombs per day. Every day. For over a year.”

These missions have seriously degraded the capabilities of the enemy, including killing more than half of their top commanders. ISIS has lost 40% of the territory it once held in Iraq. A recent U.S. airstrike killed more than 150 terrorists at a Somalia camp. Critical ISIS figures such as Abu Salah, their financial chief in charge of its extortion activities, Hajji Mutazz, a deputy to the leader of ISIS, and chemical weapons expert, Abu Malik, have all been killed in recent actions. Clearly, anyone observing the available facts can see that there is a concerted effort to defeat these enemies. So the political distortions from the right are a dishonest campaign to harm Obama, and by extension the country.

None of this is meant to diminish the genuine harm done by barbarians who have no respect for humanity. But it serves no purpose to give them the free advertising they crave. We are fulfilling their desires when we help them to spread fear and to foment despair. The only sane way to react to these events is to acknowledge that they occurred and then stop obsessing over them. Then we can conduct our retaliatory response calmly and decisively. But by no means should we panic, tear out our hair, and give the enemy the impression (and satisfaction) that they have crushed our spirit and won a victory. 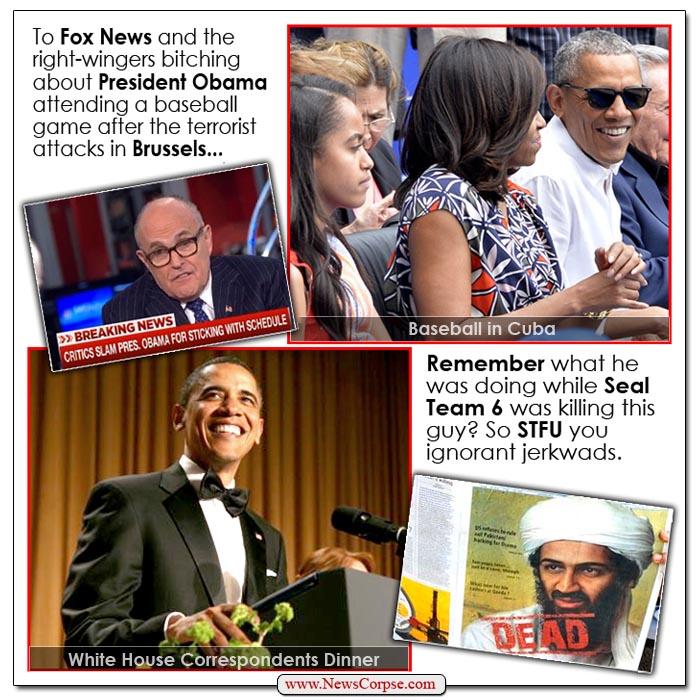 5 thoughts on “Hey Fox News, Donald Trump, And All You Other Gutless Republicans: Stop Helping ISIS”