Now that both of the presidential nominating conventions are over, we can take a look at how the American people felt about the proceedings with respect to their television viewing. The Nielsen ratings are in and they tell a story that may have an impact on the election and its results in November. 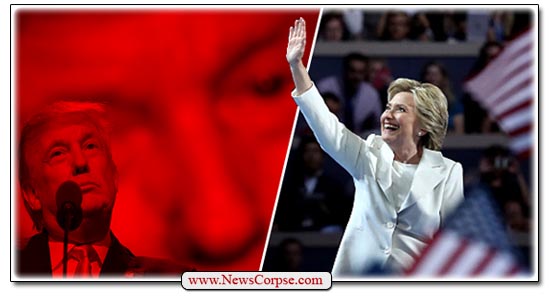 From the broadest perspective the Democrats scored a significant victory (which may explain why Donald Trump is now pretending that he had nothing to do with his own convention). The cumulative total viewers for all four nights, across ten broadcast and cable networks, during the Democratic National Convention (DNC) was 116.7 million. For the Republican National Convention (RNC) it was 100.7 million. The Democrats outright won the first three nights by at least five million viewers. On the fourth night Trump’s acceptance speech outdrew Hillary Clinton’s by a small margin of 1.6 million.

The fourth night of the DNC event requires some additional analysis. It is fair to say that the night when a candidate is making their acceptance speech has particular significance. They are the star attraction at these shows and the impressions they make can have a substantial impact. Consequently, it should raise one’s curiosity as to why the Democrats won every night except the one when Hillary Clinton was making her big speech.

The answer is not especially surprising. When the numbers are broken down by network, you’ll find that Trump drew a massive 9.4 million viewers for his speech on Fox News alone. The following week, by contrast, Clinton was watched by only three million viewers on Fox. There was no similar disparity on any other network.

Clearly the people who watch Fox News were inclined to tune in to see their favorite candidate, Donald Trump. And when it came time for Hillary Clinton to speak, Fox viewers simply tuned her out, preferring to remain steeped in their own partisan stupidity. Absent this warped variable, the average viewership of the convention’s fourth night again shows a healthy lead for the Democrats.

More importantly, it shows a decidedly unhealthy tendency for Republicans to deliberately shelter themselves from the real world and wallow in a pool of purposeful ignorance. This isn’t a new development. A couple of years ago Gallup conducted a study that identified the political leanings of the viewers of each network. It showed that fully 94% of respondents identified as Republican or leaning Republican said that Fox News is their main source for news. Conservatives chimed in at 79%. And a whopping 97% of those who do not approve of President Obama pledged their allegiance to Fox. None of the respondents on the left came within 30 points of that level of extreme partisanship.

What this tells us is that Fox News is virtually irrelevant to the political debate in America. They cater to a uniform community of right-wing zealots whose opinions are locked in place. So it makes no difference that Fox viewers didn’t watch Clinton’s speech because they wouldn’t vote for her anyway. In fact, they may have just been following orders from their master. Yesterday Donald Trump sent an email to supporters telling them not to watch Clinton on Thursday:

“Unless you want to be lied to, belittled, and attacked for your beliefs, don’t watch Hillary’s DNC speech tonight.”

That’s the sort of advice that you give to juveniles you can’t trust to make their own decisions. It’s advice that cripples ones ability to understand the world around them and makes them incapable of knowing how to respond to information that isn’t pre-chewed for them by autocratic demagogues. In other words, it’s advice that Fox News viewers would rush blindly to follow. And what makes this even more ludicrous is that Trump himself declined his own advice. After earlier saying that he was not going to watch Clinton’s speech, he confessed to an audience at a rally today that “I shouldn’t be telling you this, but I watched it.”

Of course he did. How else would he know what lame insults to tweet in response? Trump’s ego would never permit him to avoid anything that someone might say about him, particularly if it’s critical. As an insecure bully he needs to have constant control of his surroundings so he can strike back when he feels he’s been maligned. These ratings results prove that he’s one of the losers he’s constantly accusing his opponents of being. But don’t expect him to acknowledge it. He’s probably preparing some tweets right now to smear the lefty radicals at Nielsen who he surely believes are deliberately sabotaging his campaign.