Last month Fox News celebrated its twentieth year of broadcasting blatantly biased propaganda on behalf of Republican partisans. They have reveled in advancing lies and disinformation that has led to unnecessary and illegal wars, economic meltdowns, and a rise in racism and hate crimes. 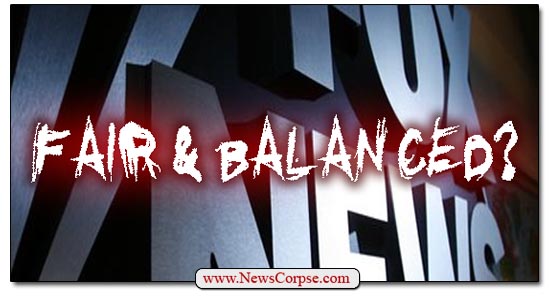 However, there is one thing that they have utterly failed to do: gain credibility as a bona fide news network. Their reporting consistently distorts facts, if it bothers to address them at all. Their anchors mainly serve as props to introduce slanted analyses and shallow guests. And there is more evidence that the network, by design, was never intended to produce honest journalism. What follows are the top ten examples of that evidence proving, once and for all, that Fox News is not now, nor ever was, a news network:

This list could easily be expanded to twenty or thirty or four hundred examples of how Fox News debases journalism. But this collection is a pretty good representation of the perversion that Fox has made of the once respected profession. They dress up their programs like entertainment and market their hosts like celebrities. Then they run stories that stimulate their audience in a manner perfected by daytime soap operas. And by keeping their devotedly right-wing fans engaged with similarly conservative views, Fox has become their source for comforting affirmations disguised as entertainment.