Ever since Megyn Kelly was promoted to anchor of her own primetime program, “The Kelly File,” she has been heralded as “the future of Fox News.” These tributes came from a surprisingly diverse assembly of media watchers and even competitors. For the most part they were based on a couple of incidents wherein Kelly took positions that gently contradicted the Fox doctrine. 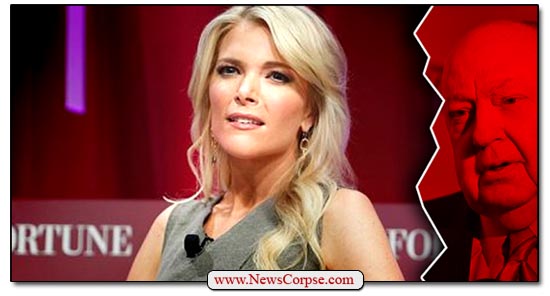 The most noticeable of those partisan detours occurred during discussions of issues of concern to women. But like most conservatives, Kelly only adopts progressive positions when they affect her personally. For instance, she soundly thrashed a couple of male colleagues who belittled her upon her return from maternity leave. And then there was her question to Donald Trump during a Fox News Republican primary debate. She put him on the defensive by asking about his derogatory references to women as “fat pigs, dogs, and slobs.” That led to a prolonged and public feud between Kelly and The Donald. She later made up with Trump and granted him an hour of softball questions that ignored his blatant misogyny.

However, a more thorough examination of her record does not show her to be much of a feminist icon. She has been a frequent critic of Planned Parenthood and efforts to advance reproductive health care. And she callously dismisses the gender pay gap as a “meme.” But the best evidence of her conflict with the interests of women comes in the pages of her new book.

RadarOnline got a pre-release copy of the upcoming book and published some excerpts. In these remarks she discusses her encounters with former Fox News CEO Roger Ailes. For the first time Kelly admits that she was also a victim of his unwanted advances:

“Roger began pushing the limits,” she alleges. “There was a pattern to his behavior. I would be called into Roger’s office, he would shut the door, and over the next hour or two, he would engage in a kind of cat-and-mouse game with me — veering between obviously inappropriate sexually charged comments (e.g. about the ‘very sexy bras’ I must have and how he’d like to see me in them) and legitimate professional advice.” […]

“But in January 2006, she claims, he “crossed a new line — trying to grab me repeatedly and kiss me on the lips.” When she shoved him away, she alleges, “he asked me an ominous question: ‘When is your contract up?’ And then, for the third time, he tried to kiss me.”

It’s about time Kelly came clean on the abhorrent behavior of her ex-boss. The problem is that she waited ten years to do so. If she was harassed in 2006, then her silence for a decade thereafter allowed Ailes to victimize countless other women. She didn’t even come forward with a public statement after the Ailes affairs broke in the press. It was her colleague Gretchen Carlson who took the courageous step of challenging Ailes – her boss and the most powerful man in media. Kelly essentially left Carlson hanging in the wind.

It’s not as if Kelly wasn’t aware of the consequences of her silence. The book excerpts include a quote wherein she expresses her concerns about other potential victims. She asks “What if — God forbid — he was still doing it to someone?”

Yeah – What if? In fact, he was doing it to other women and Kelly permitted it to continue for ten years until she was ready to publish it for profit. That is not how a champion of women’s rights behaves. That’s the behavior of a self-absorbed coward who is only concerned about her own welfare. And now Kelly is exploiting her experiences to squeeze a richer contract out of Fox. She’ll probably get it. Proving that the only woman who benefits from her “activism” is Megyn Kelly.