The emerging profile of the Trump administration is beginning to take shape. And it is just as frightening and offensive as expected. 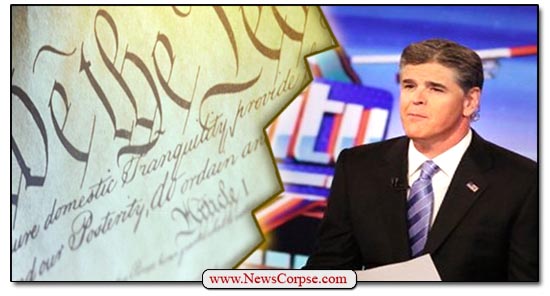 Donald Trump’s first two official appointments provide no confidence whatsoever of a competent, inclusive Executive Branch. Right out of the gate is the current chair of the Republican National Committee, Reince Priebus, as Chief of Staff. So the gateway to the Oval Office will be guarded by a rank political partisan with no experience in government. Secondly, Trump made his campaign chair, Stephen Bannon, his Chief Strategist. Bannon, of course, is also the CEO of Breitbart News, the alt-right’s mouthpiece for racist propaganda.

On Monday Sean Hannity of Fox News (Breitbart Lite) made his position clear regarding how Trump should handle the media. Not that Trump hasn’t already been clear that he regards it as a dishonest bunch of sleazy liars. A pro-Trump Twitter user posted a comment that caught Hannity’s eye. It said “CNN, NYT, WaPo & others shown to have colluded by @wikileaks should not receive WH press credentials.” Hannity retweeted it and responded simply “Amen.”

First of all, there have been no WikiLeaks documents revealing any collusion between the news organizations cited. That is just another invented “fact” that fuels so much of the right’s irrational outrage. The truth is that most of the WikiLeaks references to the media exposed nothing but reporters seeking information or interviews. In other words, doing their jobs.

The bigger problem here is the eagerness with which Hannity agreed that it would be proper to deny press credentials to some of the most prominent news enterprises in the country. It is a direct expression of support for punishing media for being critical of the President. That is a blatant breach of the First Amendment and the principle of freedom of the press. The White House press corps is not supposed to be the cheering section for Trump & Company.

For his part, Trump has demonstrated a hostility to the media that borders on psychotic. Journalist organizations have deemed him “an unprecedented threat“ to press freedom. He calls reporters liars, dummies, and sleazy, as he points to them menacingly at his rallies. That has resulted in some reporters becoming targets of assaults. His vitriol has contributed to driving trust of the media to historic lows. And he has already engaged in discriminatory acts that amount to censorship by banning certain reporters from his events. They include the Washington Post, BuzzFeed, Huffington Post, Fusion, Univision, the Des Moines Register, and the New Hampshire Union Leader.

On the other hand, Trump has granted press passes to some unsavory characters who don’t qualify as legitimate media. A notable example is James Edwards of the Political Cesspool blog. Edwards is an unabashed racist who has written favorably about slavery. That’s the sort of “journalist” that makes the grade in Trump’s Ivory Tower. If The Donald’s Politburo has its way only Breitbart News and the National Enquirer would receive credentials.

However, it may not be that easy for them to carry out their purge. Authority over who gets press passes to the White House belongs to the Standing Committee of Correspondents on Capitol Hill. The committee is made up of credentialed congressional reporters. But the White House could still forbid individuals based on informal criteria mainly involving security. Even then, it might encounter opposition from the media and the public if it acted out of partisanship or revenge.

Hannity’s hypocrisy, however, is both stunning and typical. The same Hannity who now favors punishing “unfriendly” media, used to have seizures if President Obama said anything mildly critical of the press. And this anti-First Amendment view is plainly shared by Trump and his inner circle of autocrats. Without strict oversight of the Trump administration’s tendency toward censorship, it will surely try to poison press relations and access. That could lead to a dangerous situation wherein an aspiring dictator could deceive the nation into creeping tyranny. It has happened before.