Donald Trump recently told a gathering at CIA headquarters that he has a “running war with the media.” That may be the first true statement he’s made as president. Throughout his campaign he has attacked the press in the most virulent terms. Advocates for journalists published a statement declaring him to be “an unprecedented threat to press freedom.” His animosity toward the First Amendment is often chaotic and downright dangerous. For instance, on Wednesday he tweeted this:

Congratulations to @FoxNews for being number one in inauguration ratings. They were many times higher than FAKE NEWS @CNN – public is smart!

The spectacle of a sitting president complimenting a news enterprise for its ratings success is both unprecedented and unethical. In a nation that honors a free press, the government is not supposed to be taking sides in these matters. Nor is it appropriate for a president to insult the millions of viewers of CNN by implying that they are stupid.

What’s more, Trump went further with his unprincipled remarks to lambaste CNN as “fake news.” That term is already beginning to lose any meaning as conservatives apply it to any news with which they disagree. However, Trump’s use of it is blatantly vengeful. He reserves his animus for those who have the audacity to criticize him. His purpose is to delegitimize the media in general so that he can disseminate his “alternative facts” (aka lies) with impunity. As a result, he is frequently at odds with himself. 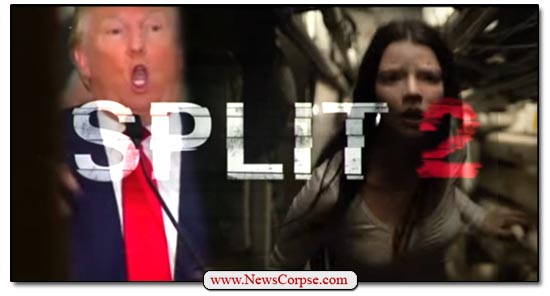 Trump has not always been so fond of Fox News. During the campaign he frequently lashed out them when they were not sufficiently complimentary. For instance:

I am having a really hard time watching @FoxNews.

"@glendabelle_11: @FoxNews Fox has become a supporter of Liberals!They are Not supporting the GOP candidates-especially Trump! Quit watching

Further more, Trump said of Megyn Kelly that she “is the worst” and has a “terrible show.” He called Karl Rove a “total fool” and “a biased dope.” Chris Stirewalt was deemed “one of the dumbest political pundits on television.” He said that George Will is a “broken down political pundit” and “boring.” And Trump laughed off Charles Krauthammer as “a totally overrated clown,” “a loser,” and “a dummy.”

That, however, is all behind us now. At least until the next time Fox News manages to muster up a worthy criticism. In the meantime, Trump will surely persist in castigating CNN and others for doing their job. His administration is proving to be the most hostile toward reporters in modern times. It is a troubling trend that threatens not only the press, but democracy.

On the other hand, Donald Trump is the gift that keeps on giving to the world of comedy. His ignorant rants and obsessions with ego-driven trivialities are the basis for an endless stream of jokes. He has spent most of his first week as president whining about the turnout at his inauguration. It is eating him alive that it was so much lower than President Obama’s. That preoccupation with his hurt pride led to the infamous introduction of the absurd term “alternative facts.” And when he was fixating on that he was revisiting his embarrassing loss of the popular vote.

Jimmy Kimmel is not one to let a good satire of Trump get away. Consequently, Tuesday night he put together a mock trailer for a sequel to M. Night Shyamalan’s hit movie “Split.” The story revolves around a character with multiple personalities and a decidedly hostile attitude toward women. Sound familiar?

In Kimmel’s sequel the star is Donald Trump. The clip contains several instances of Trump saying one thing, then contradicting himself. It also borrows from the real film with a psychologist confronting Trump to ask “Twenty-three identities live in Donald Trump. To whom am I speaking with now?” The answers in voice-over suggest Trump, Vladimir Putin, and Rosie O’Donnell. Later the female victims plot to escape their tormentor with one proposing that “The only chance we have is if all three of us go crazy on this guy.” Then it cuts to Trump saying “I have no idea who these women are.”

The parallels to real life are a little scary. However, the hilarity falls apart when a voice is heard worrying “What will happen when he unlocks the potential of his brain?” We know that Trump himself thinks that he has “a very good brain [because] I’ve said a lot of things.” That’s also his excuse for refusing to attend national security briefings. He told Chris Wallace of Fox News that such meetings were unnecessary because “I’m, like, a smart person.”

Unfortunately, while comedians are going to be celebrating a renaissance of humor, the rest of the nation is going to be get more and more depressed. Which, ironically, will create a greater need for comedians. So in light of that, enjoy Kimmel’s version of Trump in Split and try to carry on.