Ever since Alexandria Ocasio-Cortez was elected last November, the right-wing media has been beside themselves trying to slander her as an ignorant and un-American little brown girl who has no business having an opinion, much less serving in Congress. And no one has been more determined to disseminate this disparagement than Fox News. 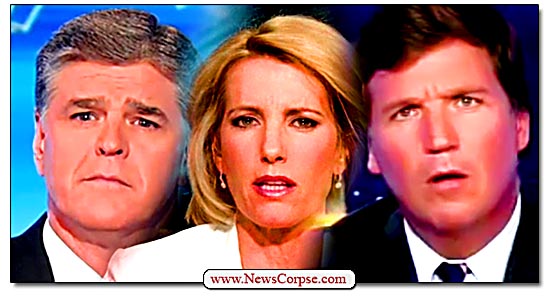 Consequently, the State TV network reached out to Donald Trump’s daughter, Ivanka, to deliver the administration’s smackdown on Ocasio-Cortez. Unfortunately, her interview merely revealed that she is a spoiled rich kid with no comprehension of what ordinary Americans are experiencing. She tried to respond to Ocasio-Cortez’s announcement that she intended to pay her staff a {gasp} living wage. Previously on Fox News this was greeted with a pathetic display of math illiteracy. And Ivanka’s response was equally embarrassing:

“I don’t think most Americans, in their heart, want to be given something. I’ve spent a lot of time traveling around this country over the last 4 years. People want to work for what they get. So, I think that this idea of a guaranteed minimum is not something most people want.”

So a woman who has lived her entire life off of what she was given by daddy is certain that other Americans wouldn’t want fair compensation for their work, which is all that Ocasio-Cortez is proposing. If this is what Ivanka learned from four years of traveling around the country, she has a severe learning disability. But she does have an excellent grasp of the sort of harebrained talking points required to be a Fox News pundit.

The obsession that Fox News is nursing every day is evidence that Ocasio-Cortez is one of the new class of representatives who Fox fears the most. There is no other explanation for how maniacally focused they are on her. She was only sworn in a month and a half ago, but Fox’s most prominent hosts are fixated squarely on her every word (as well as her youth, clothes, and dancing ability). The entire primetime roster on Fox all featured her on their programs Monday night. They were also transcribed into op-eds for the Fox website. The amusingly alarmist headlines and ledes were:

These are the extreme, unhinged, and disrespectful lengths that the Foxies will go to in order to malign a committed, intelligent young woman who stepped up to serve her country. And the fear that she has stirred in their shriveled hearts is unmistakable. This is the sort of full-court press that the right generally reserves for Kenyan-born, terrorist-sympathizing, Muslim atheist commies who stole the presidency by actually getting a majority of the popular vote.

Ocasio-Cortez has earned this vitriol in record time. She should be proud that she has these dimwits from Fox News stalking her. It’s a validation of her effectiveness as an activist and a communicator. And at the same time it exposes Fox as a puerile confederacy of dunces who are utterly incapable of making a coherent response to someone they belittle as immature and inexperienced. Which, by the way, is a much better description of their Dear Leader, Donald Trump.