The bombshell revelations about Donald Trump’s taxes published by the New York Times are both shocking and disturbingly expected. Anyone who has been paying attention to Trump’s flagrantly criminal behaviors will not be surprised to learn that he has been cheating on his taxes for decades. 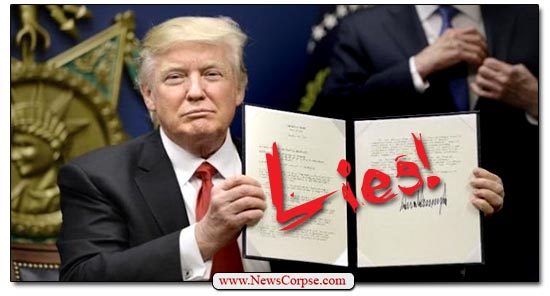 Nevertheless, it’s jarring to discover the extent of Trump’s illegal financial dealings. His massive indebtedness is not merely a legal and ethical failing, it makes him a national security threat as someone who is vulnerable to pressures from foreign adversaries. What’s more, his failure to pay his fair share is an insult to the millions of Americans who are forced to pick up the slack. And it is monumentally hypocritical because it deprives the military, law enforcement, healthcare, and every other public service of scarce funding, while he’s trying to take credit for supporting those services and simultaneously cutting their budgets.

On Monday morning Trump lashed out against the New York Times in a series of dishonest and incoherent tweets. The only thing this outburst succeeded in achieving is establishing how desperate and scared Trump is. The tweetstorm began with a familiar Trumpian rant:

“The Fake News Media, just like Election time 2016, is bringing up my Taxes & all sorts of other nonsense with illegally obtained information & only bad intent. I paid many millions of dollars in taxes but was entitled, like everyone else, to depreciation & tax credits…..”

As is often the case with Trump, he couldn’t make a logical argument if his life depended on it. Here he is saying that the information in the Times’ story was illegally obtained, which would suggest that it consists of authentic documents. But if the documents are authentic, then they aren’t fake. And if they’re fake, then they aren’t illegal. And notice that Trump asserts that he “paid many millions of dollars in taxes,” except for some unspecified credits. So he he isn’t really denying that he only paid trivial amounts after the credits, just as the Times reported. Then he goes on to say that…

“…..Also, if you look at the extraordinary assets owned by me, which the Fake News hasn’t, I am extremely under leveraged – I have very little debt compared to the value of assets. Much of this information is already on file, but I have long said that I may release….”

Here Trump is saying nothing substantive at all. His assertion that the Media hasn’t looked at his assets is simply absurd. And his claim that he’s “under leveraged” isn’t borne out by any evidence. The truth is that he is mired in debt, with hundreds of millions of dollars owed to unknown parties who could easily take advantage of his vulnerability. But Trump still wasn’t through. He added that he may release his…

“…..Financial Statements, from the time I announced I was going to run for President, showing all properties, assets and debts. It is a very IMPRESSIVE Statement, and also shows that I am the only President on record to give up my yearly $400,000 plus Presidential Salary!”

Indeed, he has been saying that for four years, without ever fulfilling that promise, or intending to. But now he is also bragging that he is “the only President on record to give up my yearly $400,000” salary. That is a flagrant and easily disproven lie. George Washington. Herbert Hoover, and John Kennedy all donated their salaries to charity. Trump, however, donated his salary right back to various government agencies (i.e. Health and Human Services, Homeland Security, Veterans Affairs, etc.). Which is actually illegal.

Trump’s intention was to lavish himself with undeserved praise for not taking funds from taxpayers. However, he conveniently leaves out that he earns many millions more than his salary from foreign governments and other conflicted political parties who are paying for leases in Trump properties and stays at his hotels and resorts. Additionally, Trump benefits from the government paying the expenses for himself, his staff, and the Secret Service, when they travel with him on his frequent visits to his resorts and utilize ancillary services (i.e. dining, travel, communications, golf carts, etc.). This income far exceeds his presidential salary.

There is only one priority for Donald Trump: Himself! He will always put his own personal and financial interests above those of anyone else, and especially above those of the country that he has never served. That’s why his negligent mishandling of the coronavirus pandemic has resulted in so much suffering and tragedy. It’s why the economy has slumped into a recession. It’s why he cozies up to foreign dictators and alienates America’s allies. And it’s why he must not be allowed to continue in office where he will surely betray the country again.