The myth of Donald Trump’s popularity is rapidly unwinding. Sure, he may still hold a few braindead cult disciples in a hypnotic trance, and he continues to recruit more violent insurrectionists with unethical and unfulfillable promises of future pardons, but the rest of the nation is increasingly anxious to be rid of him. 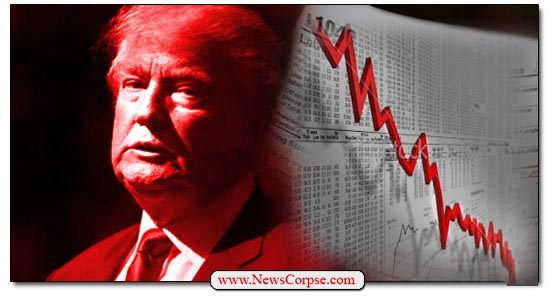 Recent polling shows that voters are more likely to support Democrats when they are told that the alternative is Republicans who are beholden to Trump and his Ultra-MAGA agenda. And the hearings being held by the House Select Committee investigating the deadly January 6th insurrection incited by Trump are turning public opinion against him. Those hearings are only at the half way point, with many more witnesses and incriminating revelations to come. Meanwhile, nearly 6 in 10 Americans say that Trump should charged criminally for his role in the Capitol Hill riots.

In the midst of his crumbling congregation of crackpots, Trump is frantically posting on his Twitter clone, TRUTH Social, to try to shore up support and garner some of the infatuation that his fetid ego feeds on. Unfortunately for Trump, that miserably failing social mess isn’t going to provide the blind idolatry that he craves. It has failed to attract much of an audience, and the financial foundations underpinning its operation are rotting to the core.

TRUTH Social was announced in October of 2021, and Trump posted on it one time, then disappeared for months. More recently he declared that he would never return to Twitter, even if Elon Musk’s bid to acquire it were successful (which is doubtful).

At the beginning of June Trump finally began to patronize his website and the lonely Deplorables who reside there. His postings were typically festering with rage and riddled with lies. But his presence seems to have had an adverse affect on the site’s fortunes, or lack thereof. Since Trump began posting regularly, the shell company, Digital World Acquisition Corporation (DWAC), that was expected to take the business public, has declined in value by 36%. That’s just in the two weeks that Trump has been posting.

Apparently Trump’s dimwit-icisms didn’t do much to boost interest in this debacle. Not that it was especially prosperous before. It has declined by more than 80% since its high mark last October. And the reasons are pretty obvious. For one thing, the company is being investigated by the Securities and Exchange Commission for possible fraud.

What’s more, with Trump posting his tedious whines about having lost the 2020 presidential election, and his infantile insults directed at anyone who is less than worshipful, how could anyone stay interested for long? For instance, his last posting exemplifies the problem…

“I have sooo many witnesses to everything good, but the highly partisan and one sided Unselect Committee of political hacks has not (sic) interest in hearing or seeing them. This Witch Hunt could all be ended quickly if they did!”

For the record, the Committee is not only interested in hearing from Trump’s witnesses, they subpoenaed many of them. Most refused to comply. They include his White House and campaign staffers Peter Navarro, Dan Scavino, Mark Meadows, Stephen Bannon, and Rudy Giuliani. Also Trump supporters in Congress Kevin McCarthy, Andy Biggs, Jim Jordan, Scott Perry, Ronny Jackson, and Mo Brooks. Of the Trump insiders who did show (Bill Barr, Bill Stepien, Greg Jacob, and Michael Luttig), they offered testimony that mainly contributed to the abundant evidence of Trump’s guilt.

RELATED: Crybaby Trump Slams the January 6th Committee For Nixing His Witnesses – Who Refused to Testify

If Trump really wants the Committee to hear his side of the story, he could direct his supporters to stop obstructing and agree to testify. He won’t. Better yet, he could volunteer to testify himself. The Committee would welcome him and give him as much time as he wants. But that would require him to have the courage to show up and tell the truth – two personality traits that he has never had.

However, Trump can be expected to keep whining to his followers online, because that’s a trait that he acknowledged is one of his best when he bragged that “I am the most fabulous whiner.”