Nothing will make me happier than when the utterly delusional notion that the media in this country is liberal has been refuted, defeated, exterminated, and cremated.

While most observers are already aware of the fact-hating editorial policy of Fox News, at least they did fire Glenn Beck earlier this year (although only because his increasingly hysterical ravings were making them look bad). What people may not have noticed is that CNN is taking up Fox’s slack.

This morning on CNN viewers could have awakened to see two of Beck’s surrogates bloviating on the events of the day. Amy Holmes, an anchor on Beck’s GBTV was a guest commentator on Reliable Sources with Howard Kurtz. A couple of hours later, Will Cain, a repoter for Beck’s The Blaze appeared on CNN’s Your Money.

For CNN to feature two representatives of Glenn Beck’s insignificant and failing Internet venture is unbelievable. Is that the best they could come up with? Was CNN unable to find any reputable commentators from distinguished networks, newspapers, or universities? Or maybe their attempts to book members of the John Birch Society fell through.

Elsewhere, NPR made news by firing the host of an opera program because she had taken part in an OccupyDC protest. According to NPR, Lisa Simeone was sacked because her activity “has the potential to compromise our reputation as an organization that strives to be impartial and unbiased.” 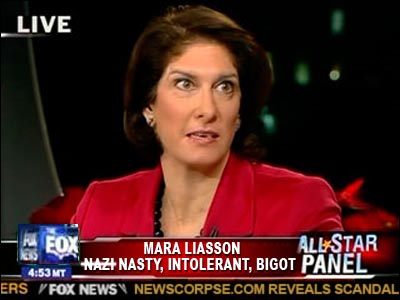 Never mind that Simeone hosts a music program and does not cover politics or any other subject that could pose any kind of a conflict. Unlike NPR’s Mara Liasson who is a political reporter as well as a commentator on Fox News. Somehow NPR justifies Liasson’s fraternizing with Fox on matters that are explicitly political, but Simeone can’t introduce classical music after having exercised her Constitutional right to free speech on her own personal time.

Conservatives assail CNN as the Communist News Network due to their perception of it as unabashedly liberal. NPR is a perennial target of right-wingers in Congress who seek to defund what they considered to be a hopelessly biased mouthpiece for the left. At what point are these fallacies laid to rest? Do we really need any more proof than when CNN hosts two Glenn Beck flunkies on the same day, or NPR fires an opera program host because she is a liberal outside of work?

The Occupy Wall Street movement has done a great job of defining the 99% of Americans who are being rolled over by the !% of wealthy, corporate interests who are dominating our political culture. Something the Occupiers need to remember and focus on is that the media in this country is also wealthy and corporate, and they are Platinum members of the 1%. Wall Street firms and bankers spend billions on advertising and the media rewards them with positive coverage and the sort of ludicrous editorial decisions noted above. This needs to be addressed and corrected if we are to see any substantive improvement in the massive social and economic disparities that are threatening our nation’s welfare.

3 thoughts on “Liberal Media My Ass!”