The latest passenger in the Republican Presidential Clown Car is Wisconsin’s union-busting governor, Scott Walker. His announcement address today was rife with the routine braggadocio required by all aspirants to high office. 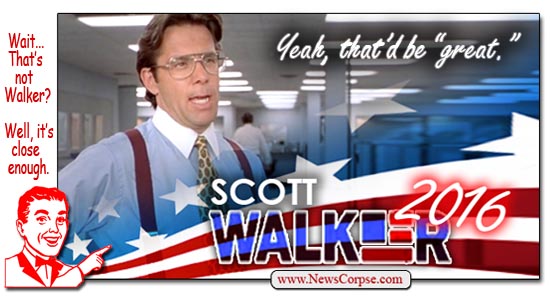 Among his laundry list of campaign pledges was the promise to “fight and win” for the “born and unborn.” And apparently what Walker thinks born and unborn Americans need most is to have their health insurance repealed, because that’s what he swore to do to ObamaCare. Although he did express support for healthcare for veterans, which is fortunate because he practically declared war on Russia and China, so they’re gonna need it.

Walker spoke at length about his record in Wisconsin but, not surprisingly, left out his numerous failures that place Wisconsin near the bottom on job creation, education, economic growth, etc. But perhaps the most intriguing pronouncement he made was his promise that…

“The good news – it’s not too late, we can turn things around.”

Well, that’s a relief. Because if America had to proceed any further in the positive direction it has been going for the last six years, who knows how long we would endure. Thankfully, Walker has arrived just in time to turn things around, back in the direction that George W. Bush had taken us. 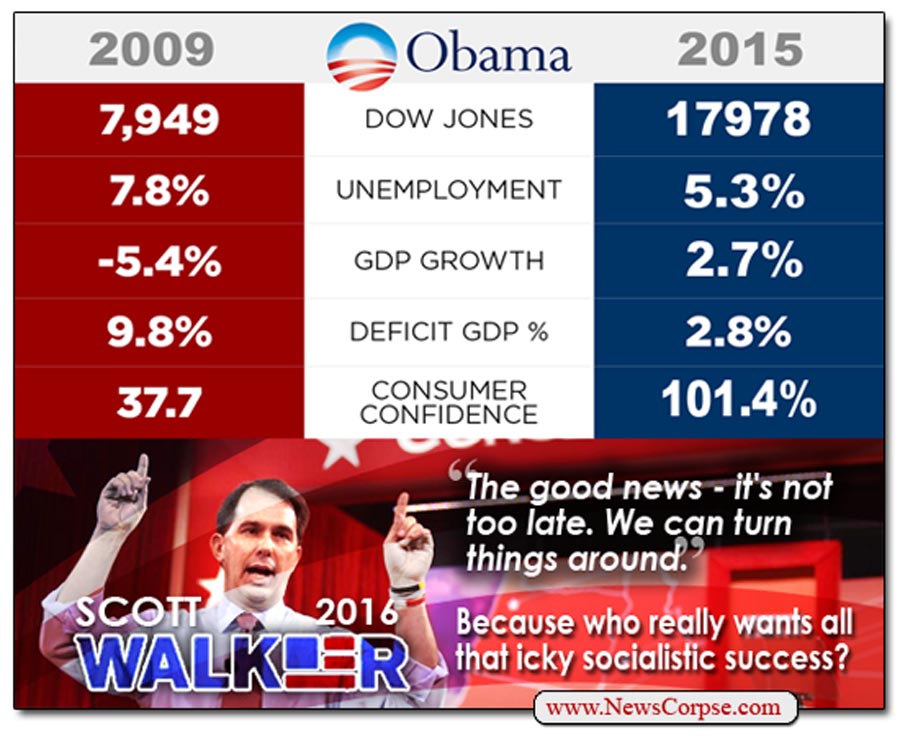 And if anyone can turn things around from the course of sustained prosperity that we’ve been on, it’s a Koch brothers puppet like Scott Walker. He was famously fooled by a blogger who called him pretending to be David Koch (YouTube audio below). They spoke for about ten minutes with Walker pandering shamelessly to who he thought was the billionaire who has been a reliable donor to his Wisconsin campaigns. At one point “David” suggested that Walker should plant troublemakers among the protesters who were packing the capital office. Walker answered saying “we thought about that.”

Of course, it would have been illegal for Walker to dispatch provocateurs to disrupt people who were exercising their free speech rights, but Walker is no stranger to unlawful activities. He is currently being investigated for election irregularities that have already seen six of his associates convicted.

Here is a transcript of the Walker phone call with the fake Koch.