While the tragic events in Dallas were still unfolding, President Obama took time from the NATO summit in Poland to speak to the horror that has once again stained the streets of an American city (video below). Speaking on behalf of all Americans he offered his condolences and promised that “the federal government will provide whatever assistance Dallas may need as it deals with this tremendous tragedy.” 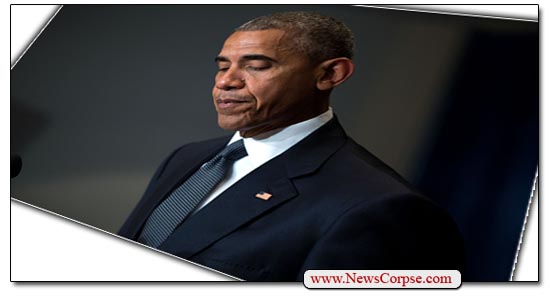 Acknowledging that all the facts were still not known at the time, he condemned the shootings as “a vicious, calculated and despicable attack on law enforcement.” He praised the officers for “doing their jobs, keeping people safe during peaceful protests” when five of them were killed and seven others wounded. Continuing, he said:

“I believe that I speak for every single American when I say that we are horrified over these events, and that we stand united with the people and the police department in Dallas. According to police, there are multiple suspects. We will learn more, undoubtedly, about their twisted motivations. But let’s be clear: There is no possible justification for these kinds of attacks or any violence against law enforcement.”

It was a heartfelt statement that sought to console the victims and their families and to bring Americans together in this time of shared grief, reminding everyone “to express our profound gratitude to our men and women in blue — not just today, but every day.” But the only part of his remarks that Fox News saw fit to broadcast was this out-of-context soundbite:

“We also know that when people are armed with powerful weapons, unfortunately it makes attacks like these more deadly and more tragic.”

That happens to be an indisputable fact, but Fox News presented it as an attempt to politicize the tragedy by calling for gun control. Of course, there is nothing political in that comment unless any recognition of the reality of gun violence is considered political. Which, in the world of Fox News, it surely is.

That’s why Fox News spent most of the morning maligning the President. In one particularly absurd segment, Fox interviewed a guest who offered a unique perspective on the proliferation of guns in American society. He explained that the situation in Dallas proves that gun control doesn’t work, because if the police can’t defend themselves against an attack like this then it’s up to citizens to arm themselves for protection.

Seriously? If the police can’t defend themselves against an attack like this, with all of their resources, manpower, and training, how the hell is a private citizen going to prevail in a similar situation? What would an armed citizen do differently that would have protected him from this type of assault? In all likelihood he would panic and spray bullets around a densely populated area resulting in even more civilian casualties. He would not have the expertise to differentiate a suspect from another citizen, who might also be armed. It would be a blood bath.

What’s more, with citizens running around brandishing AR-15’s, how would the police be able to assess the risks and identify the actual suspects? In that environment everyone would look like a suspect. This could result in police firing on the wrong people because they appeared to be dangerous or threatening. At the very least it would consume precious time while officers confronted armed citizens in an effort to determine whether or not they were criminals.

If anything, the fact that the police were unable to prevent the murders of their own colleagues by a well-armed maniac is proof that sensible gun regulations are necessary. If the perpetrator did not have access to a high-powered, semi-automatic weapon, he would not have been able to cause nearly the harm that he did. He would not have had the range or the rapid-fire capability, and some of the deceased officers might be alive now.

For Fox News to air deranged commentaries like this, while much of downtown Dallas is still being cordoned off as a crime scene, is irresponsible in the extreme. And for them to falsely accuse Obama of politicizing the shootings, even as they cut his full statement to a single sentence, is patently dishonest. The only politicization going on here is by Fox News and the gun fetishists they represent.