This week Rupert Murdoch, Chairman and CEO of Fox News and 21st Century Fox, made some shocking statements regarding sexual harassment and abuse at Fox News. His brazen distortion of reality was either a deliberate attempt to rewrite the recent and abhorrent history of the network, or signs of acute dementia. But some outraged women who experienced the misogynistic culture of Fox News first hand aren’t sitting still for this bullshit. 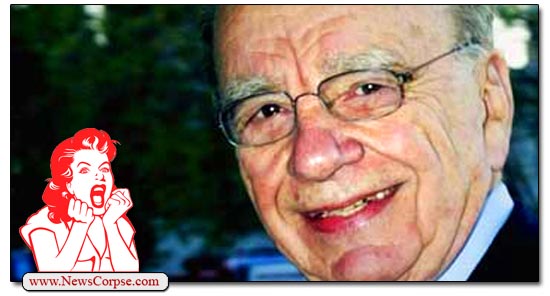 Murdoch’s comments trivialized, and even downright denied, the actual events that have been documented and admitted in public statements by Fox News. When asked about the charges leveled at Fox personnel and whether they would impact the business, he said that they were…

“All nonsense, there was a problem with our chief executive [Roger Ailes], sort of, over the years, isolated incidents. As soon as we investigated it he was out of the place in hours, well, three or four days. And there’s been nothing else since then. That was largely political because we’re conservative. Now of course the liberals are going down the drain — NBC is in deep trouble. CBS, their stars. I mean there are really bad cases and people should be moved aside. There are other things which probably amount to a bit of flirting.”

Let’s address this heinous commentary in order. First of all, Murdoch conceded that there was a “problem” with Fox News CEO Roger Ailes. But adds “sort of?” Ailes was accused of serial sexual assault by at least eleven women. And an independent review of his actions resulted in his termination. That isn’t “sort of,” a problem. And it isn’t “isolated incidents” either.

Then Murdoch stated that “there’s been nothing else since then.” Can he possibly believe that? The biggest star on his network, Bill O’Reilly was fired after the disclosure of millions of dollars in settlements to victims of his abuse. He personally shelled out $32 million to one victim. Also, numerous other Fox on-air and executive personnel were fired for sexual misconduct. The number of deviants on the Fox payroll points to a serious internal breakdown. The network was even called “a sex-fueled Playboy Mansion-like cult” by a long-time program host and victim.

Finally, Murdoch tried to dismiss the whole subject as being purely political. But in the same breath he conceded that both conservatives and liberals had their share of perverts. So he contradicted his own excuse. However, just trying to make this a partisan issue shows the depths of depravity to which he will sink. He is laser-focused on disparaging liberals in all matters, which was the founding mission of Fox News. And he proved what a despicable old coot he is by tacking on his opinion that sexual harassment and flirting are somehow synonymous.

Which brings us to the reactions of ten women contacted by Yasher Ali of the Huffington Post. Their disgust upon hearing Murdoch’s remarks was expressed with fierce determination and, as one stated, a hunger for justice. Here are some examples of their comments:

That’s a pretty damning summation of what it’s like to work at Fox News. And considering the broad corroboration among so many women who suffered, and continue to suffer, at Fox, Murdoch’s repulsive remarks ought to be reconsidered and a public apology made ASAP. And you can expect that to occur at around the same time that Donald Trump apologizes for his rampant, sexual predatory assault.