This week the flagrant white nationalist sentiments of Fox News were on full display. “The America we know and love doesn’t exist anymore,” primetime host Laura Ingraham said Wednesday night. “Massive demographic changes have been foisted on the American people, and they are changes that none of us ever voted for, and most of us don’t like.” Who she means by “us” is the minority of rancid bigots who think they own the country and can demand that its residents all look like them. 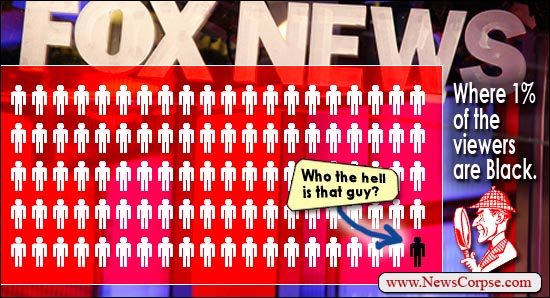 The America the rest of us (the majority) know and love is one that values diversity and welcomes people of all nations, ethnicities, faiths and race. Every poll shows that most people regard immigration as a positive contribution to a stronger and greater nation.

On Fox News, however, there is a decidedly different approach to the composition of the American populace. In addition to Ingraham, they have Tucker Carlson, with his own primetime slot, delivering a blatant message of white nationalism every night of the week. A large percentage of his program is consumed with stories about how white people are the real victims of prejudice. According to Carlson, white Americans suffer an unbearable burden due to the curse of their lightly pigmented skin. Poor babies. And it’s no coincidence that Donald Trump has adopted this same white nationalist theme as a primary component of his presidency.

Tom Kludt and Brian Stelter of CNN addressed the hateful programming of Fox News in an article that sought to explore the network’s record on race. Early on they hit on the explanation for how Fox can get away with producing and airing such programming:

“The Fox News audience is almost 100% white, according to Nielsen. And on the channel’s highest-rated shows, the politics of white anxiety play out practically every day, as hosts and guests warn about the impacts of immigration and minimize or mock the perspectives of people of color.”

That’s right. With an audience that is so blindingly white, Fox literally has no incentive to care about the welfare of people of color. They won’t suffer in the ratings for having offended anyone with their constant flow of bigotry. So why should they bother to temper their commentaries for an audience that is tuned in elsewhere (mostly MSNBC). Stelter elaborated on Fox’s audience composition in a tweet:

But it’s even worse than that. Fox doesn’t just have to appeal to overwhelmingly white viewers. They have to appeal to white viewers who aren’t offended by racism. Many Anglo-Americans are decent folks who embrace the whole of humanity. They wouldn’t stand for a network that insults and demeans anyone. So Fox’s viewers have to appreciate the naked prejudice that is so integral to Fox News. In other words, the Fox News audience is affirmatively pro-hate.

Appealing to that demographic is the only way the network can survive. And the absence of African-Americans, Latinos, and other people of color, as well as white folks who value tolerance and inclusion, explains how Fox gets away with it. That presents a problem for fighting back against this racist network. We can hardly pledge to boycott a channel that we already don’t watch. But we can refuse to patronize their advertisers and to let them know that. And we can make sure that the world knows that any business that advertises on Fox News is supporting hatred and intolerance.

UPDATE: On Thursday night’s episode of The Ingraham Angle, Laura Ingraham gave a weak walkback of her open embrace of white nationalism on Wednesday. She even tried to brush off the praise she received from former KKK Grand Dragon, David Duke. However, when you draw praise from someone like that, you have to admit that you said something wrong. She wouldn’t admit it or apologize, and therein lies the disingenuousness of her response.

One thought on “The Fox News Audience is 1% African-American, So No Wonder It’s Openly Racist”