There is no question that Hurricane Florence is the top story of Friday, September 14. The potential loss of life and billions of dollars in destruction are too serious a matter to under play. However, that doesn’t mean it’s the only story of the day. It most decidedly is not. 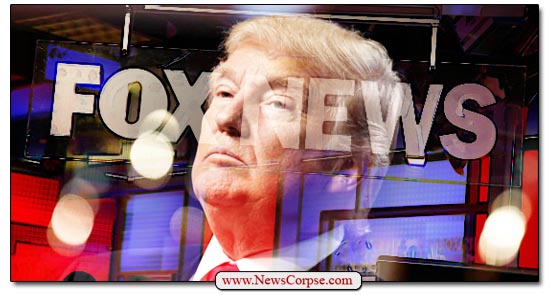 On Friday morning, Donald Trump’s campaign chairman went into a courtroom in Washington where his lawyer announced that he had accepted a plea deal with special counsel Robert Mueller in order to avoid further legal jeopardy. This is particularly significant because the deal includes Manafort’s cooperation with prosecutors on other matters. According to ABC News:

“In court Friday morning, prosecutors revealed that Manafort had completed a successful meeting with investigators in which he offered them information they considered valuable. They did not specify what information he agreed to share, but made clear the cooperation would be ‘broad’ and would include participation in ‘interviews, briefings, producing documents, [and] testifying in other matters.'”

This development now gives Mueller a cooperating witness who was in the room at Trump Tower when Don Jr. and others met with Russian operatives seeking dirt on Hillary Clinton. That’s the core of the “witch hunt” charges of collusion that have been driving Trump’s batty for two years. Additionally, Manafort’s high position with the Trump campaign makes it likely that he has other incriminating information about Trump and company related to Russia, Wikileaks, and efforts to obstruct justice. It’s hard to overstate the trouble this news poses for Trump.

However, it is easy to understate it. And that’s exactly what State TV (aka Fox News) has been doing since the news broke. While Fox News did air a twenty-six second “alert” prior to the plea being announced in court, they have taken great pains to ignore it ever since. That alert had no details about the agreement and no notice of Manafort’s cooperation with Mueller. At the noon hour Shepard Smith took over. It took him an hour and twenty minutes to say anything about the Manafort case. And that segment was the last he said about it for at least the next hour and a half.

It’s no wonder that Fox News is determined to suppress this news. It puts Trump in a the awkward position of defending himself against another former associate who is turning state’s evidence. In this case, Trump had previously praised Manafort for his loyalty and bravery under pressure:

I feel very badly for Paul Manafort and his wonderful family. “Justice” took a 12 year old tax case, among other things, applied tremendous pressure on him and, unlike Michael Cohen, he refused to “break” – make up stories in order to get a “deal.” Such respect for a brave man!

Well, so much for not breaking. If history is any indicator, Trump will shortly tweet about what a weasel Manafort is for making up these lies to cut a deal for himself. Then Trump will Insist that he hardly knew Manafort and he had little to do with Trump or his campaign. And that’s when Fox News will resume reporting on this subject. They will virtually ignore the substance of the legal controversy and focus on Trump’s rejection of the weak-kneed former campaign boss. The script just writes itself.