For several months there has been breathless anticipation that the boorish and offensive personality of Donald Trump would vanish in a puff of smoke as he revealed his true graciousness and diplomacy. And the same people who believe that are still waiting for Santa to deliver their unicorn. 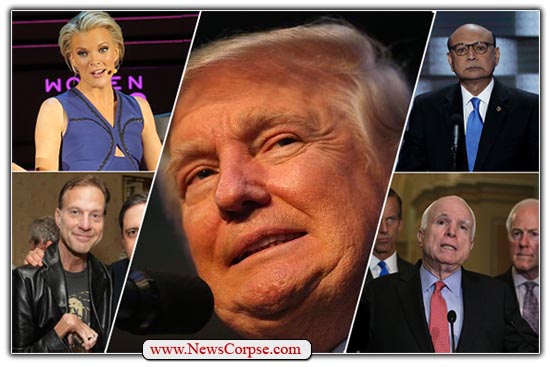 In a speech in Charlotte, N.C., Trump recited the TelePrompted views that were prepared for him by the new regime managing his floundering campaign. For the most part it was typical Republican dogma with one new wrinkle. Reversing months of stubborn insistence that he has nothing to regret, Trump conceded that he does, indeed, feel some pangs for unspecified occasions when “you don’t choose the right words or you say the wrong thing.” But even he expressed skepticism of this new found contrition by prefacing his regrets with “believe it or not.”

Anyone who thinks that Trump is actually sorry has not been paying attention. He has unabashedly insulted Latinos, veterans, women, African-Americans, and the disabled. His rebukes of fellow Republicans during the primary were painfully immature. You can’t behave like that for nearly a year and then just turn around and issue a wishy-washy regret that was written by hired hacks. He never bothered to actually apologize or even show respect for those he demeaned by identifying them or what he said that was wrong. It’s fair to say that the only thing he really regrets about his comments is the extent to which they have hurt him.

What’s most disappointing about this is the ease with which the media is falling for Trump’s bad playacting. They seem to think that his “pivot” is a material transformation of his personality on the scale of a spiritual rebirth. In reality it’s a desperate political ploy to avoid a humiliating landslide loss in November. Is the media really so dense that they don’t see that?

Here are some examples compiled by Media Matters of how the press has taken up Trump’s narrative without a lick of critical analysis:

On Fox & Friends, host Steve Doocy said of Trump’s address that it was “one of the best speeches Donald Trump has ever given.” That was seconded by correspondent John Roberts who added that “he completed his pivot to the general election campaign.”

Christine Romans of CNN’s New Day marveled that it was “something I think six months ago we never thought we would have seen.”

On CBS This Morning host Margaret Brennan said “it may indicate a change in approach.” Her colleague Dean Reynolds called it “almost startling.” That was after he highlighted Trump’s “promise never to lie to voters.” They may want to take a look at the Trump Bullshitopedia to see the dozens of documented lies that are already on record.

Back on Fox, Chris Stirewalt declared it “a signal moment.”

The Washington Examiner’s Byron York gushed that we are seeing a “Very new Trump.”

The Daily Caller’s Vince Coglianese seemed relieved saying that “if we’ve been waiting for a pivot, this week is the one you should mark on the calendar.”

On NBC’s Today Hallie Jackson reported that this was “something we’ve almost never heard from him,” and that Trump sounded “strikingly more humble.”

These people are either terminally naive or too gullible to be living outside of an institution. The only sane response to Trump’s disingenuous attempts to appear remorseful is to throw right back at him the innumerable abusive and slanderous remarks he has unleashed and make him answer for each one individually. Short of that he deserves no praise for pasting a band-aid over the scars he has left on so many innocent people. And he certainly should not be taken at his word that he is regretful after all the times he swore to the contrary, even saying that “I like not to regret anything.” Here is some of the evidence in a four-video YouTube playlist:

UPDATE: The Clinton campaign weighs in with an awesome video on this subject: No Regrets. It’s a MUST see.

One thought on “Regrets My A$$: Lovesick Media Swoons At Trump’s Phony Non-Apology”