The 2016 presidential election has been unique in so many ways. Mostly due to the candidacy of a celebrity TV game show host running as a racist demagogue. But even in this year of abnormalities the recording of Donald Trump confessing to sexual assault was extraordinary and appalling. 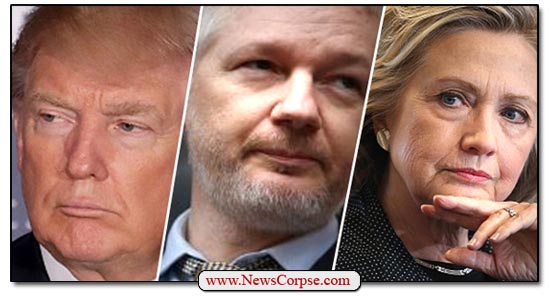 Up until now, Trump’s excuse for his nauseating behavior has been to trivialize it as “locker room talk.” But rather than leaving it at that he also re-injured his victims by calling them liars and insulting their looks. He actually reaffirmed the abhorrent personality traits that the tapes revealed.

However, on Thursday’s episode of the the O’Reilly Factor, Trump was interviewed by Bill O’Reilly who asked about the impact of the recordings (video below). That segment produced this startling exchange:

O’Reilly: I got one more question about the campaigning. Do you believe you would be ahead, if not for the Access Hollywood stuff?
Trump: I just don’t know. I think it was very negative. It was locker room talk. The microphone was not supposed to be on. Not that I make that as an excuse for myself, but certainly it was an illegal act that was NBC. It was not supposed to be on.
O’Reilly: You think it was illegal, what they did, putting that tape out?
Trump: Oh, absolutely. No, that was a private locker, you know. That was a private dressing room. Yeah, that was certainly illegal. No question about it.
O’Reilly: Are you going to take any action after the election against NBC?
Trump: Well, you’ll see. You’ll see.

So Trump is accusing NBC of an “illegal act” for having made his “private” communications available to the public. After all, he thought his discussion was strictly between himself and his TV colleague. Therefore, the disclosure of its contents to the world was an inexcusable invasion of privacy for which there must be consequences.

Sound familiar? The emails exchanged by associates of Hillary Clinton were also private communications. The participants also had a right to expect that no one else would have access to them. And unlike Trump’s conversation, Clinton’s emails were stolen by hackers and distributed by WikiLeaks, a secretive and shady operation affiliated with Russian intelligence.

Trump has been exploiting the WikiLeaks documents relentlessly in an attempt to malign Clinton and harm her campaign. He has not been the least bit bothered by using stolen documents for his own advantage. In fact, he has literally encouraged Russian hackers to expand their illegal activities and promised that they would be rewarded.

With Trump now declaring that it is improper and even illegal to make private conversations public, will he cease to make use of the illegally acquired WikiLeaks documents? Don’t count on it. Hypocrisy is his standard mode of operation. So while he will cry like a baby if the privacy of his elitist world is invaded, he will continue the exploitation of others when it’s in his interests to do so. That I can tell you.