There’s a lot going on in Washington these days. Perhaps more of a serious nature than at any time in modern history. Donald Trump has demonstrated ineptitude across a broad array of issues and responsibilities. He’s under investigation for obstruction of justice and unsavory connections to Russia as they sought to interfere with the election. Add to that the President’s improper financial dealings that may violate the Constitution. Then throw in the floundering Republican agenda to repeal ObamaCare, reform taxes, build walls, and defeat ISIS. What you have is a super-heated goulash of White House controversies boiling over. 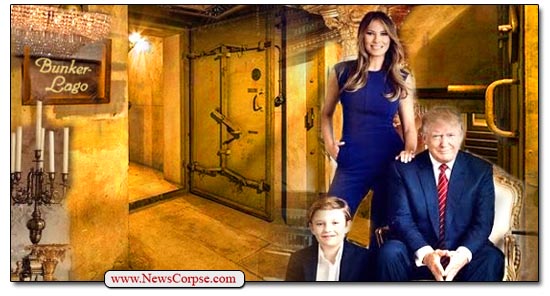 All of these matters are of critical importance to the American people. And the institution that keeps the public informed is the press corps whose freedom is guaranteed by the First Amendment. That makes this a bad time for the White House to build a wall between the President and the people. But that’s exactly what Trump’s White House is doing. In a bold move to silence the media, the White House Press Office has cut back on briefings. And when they hold them, they are prohibiting the use of cameras or recording devices. On Monday, CNN’s Jim Acosta expressed some of his frustration on the air (video below):

“The White House press secretary is getting to a point where he’s just kinda useless. If he can’t come out and answer the questions, and their not gonna do this on camera or on audio, why are we even having these briefings or gaggles in the first place?”

Acosta went on to lament the “stonewalling” by the White House that has refused to answer questions even after promising to do so. Left dangling are queries into whether the President has secret Oval Office tapes, and if he believes in climate change. And so much more:

“And it just feels like we’re slowly but surely being dragged into what is a new normal in this country where the President of the United States is allowed to insulate himself from answering hard questions. He hasn’t had a full blown press conference since February.”

That’s four months of cowering the bunker for the embattled and frightened President. Concluding that the briefings conducted in this manner were “pointless,” Acosta reiterated his surprise that the press corps goes along with the administration’s tactics. He complained that “this isn’t how we do things in this country.” But Acosta may not have factored in how this country does things under a wannabe tyrant like Donald Trump. He did however note in a tweet that:

At off camera no audio briefing, Spicer took a question from a Russian reporter but not from CNN. #pravda

To make matters worse, Trump’s press team may be looking to shake things up. According to Politico they have interviewed Laura Ingraham as a replacement for Sean Spicer as press secretary. That would put a Fox News contributor in front of a press corps that is already being lied to on a daily basis. This must be what they call “winning.”

“The White House Press Secretary is getting to a point where he is kind of useless”- @Acosta https://t.co/6BxSrbCDDy