For anyone who wasn’t previously convinced that Fox News is serving as the U.S. bureau of the Kremlin’s Ministry of Disinformation, we now have concrete evidence that Russia has adopted the far-right network and exploits its anchors and guests to advance their propaganda mission. 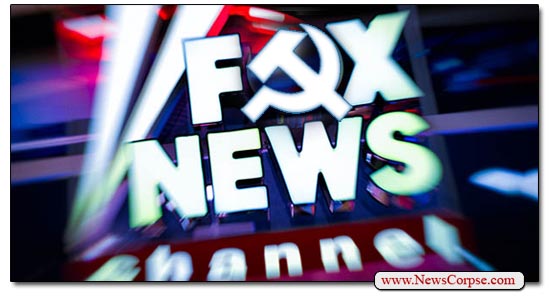 Fox’s roster of right-wing ranters have abandoned any pretense to patriotism as they shill unabashedly for Russia. Their Senior Putin Apologist Tucker Carlson, stands out for his fealty to Vladimir Putin and his cheerleading for a Russian victory in its genocidal war on Ukraine.

That devotion to an editorial ideology that favors America’s enemies has now earned Fox News the admiration of Russia’s Foreign Minister, Sergey Lavrov. In an interview on the Kremlin sponsored RT cable channel, Lavrov lavished praise on Fox News as a singular voice for Russia’s interests (starts at 3:35):

“We understood long ago that there is no such thing as an independent Western media. You could take the United States, only Fox News is trying to present some alternative point of view. But when you see, you watch other channels, and when you watch, read social networks and Internet platforms, when the acting president was blocked. as you know. And this censorship continues in very big way.”

Sergey Lavrov, during an English-language interview on RT, says that "only Fox News is trying to represent some alternative points of view" while calling the rest of the US press propaganda because "there is no such thing as an independent Western media." pic.twitter.com/0kNIHZy0uv

Lavrov’s tribute to Fox’s fawning over Russia was driven by the constant drumbeat of pro-Putin programming that dominates Fox’s schedule. When Lavrov says that “only Fox News is trying to present some alternative point of view,” what he means is that only Fox News will toe the official Kremlin line that Russia is the beleaguered party in the conflict with Ukraine, and that only Fox News will lie to advance that so-called “alternative point of view.” Apparently Lavrov has bought into the “alternative facts” theme made famous by former Trump White House Director of Newspeak, Kellyanne Conway.

What’s more, for Lavrov to complain about censorship in the U.S. is utterly bizarre. First of all, he doesn’t bother to document any censorship by the U.S. government whatsoever. The decisions of private companies to moderate their own websites is actually an affirmation of freedom in a democratic society. The government is not permitted to force those companies to act according to some official mandate.

In Lavrov’s country, however, the government just passed a law that prohibits news organizations from reporting factually about the war Russia is waging against Ukraine. Media companies are being forced out of Russia, and journalists are being arrested and threatened. And what the heck does he mean by “the acting president was blocked”? Does Lavrov think that Trump still holds some official position in the U.S. government?

Lavrov went on to criticize CNN, saying that…

“If you take CNN, they they prefer to avoid analytical materials, and they more and more concentrate on some reports, which would be made of slogans. Russia is an aggressor. Russia is murdering civilians.”

Of course, the allegations of Russia being an aggressor and murdering civilians are not slogans. They are what free people refer to as facts. And Lavrov’s complaints about CNN avoiding “analytical material” makes about as much sense as Donald Trump complaining about U.S. cable companies that have ceased to carry openly pro-Russian propaganda outlets like One America News (OAN) and RT, the channel that Lavrov was interviewed on.

The harmony between the commentaries by Russia and Trump shouldn’t surprise anyone. Because they have long shared the same political objectives of suppressing free thought, destroying liberal democracies and supporting authoritarian dictatorships. No wonder Lavrov is so fond of both Trump and Fox News.