For months the vaccine resisters of America have been rejecting any consideration of getting the shot that science has established will prevent severe illness and death due to the COVID pandemic. Their doubts rested partly on the fact that it had only been given an “Emergency Use Authorization” by the FDA. To Donald Trump’s cult followers and Fox News devotees that meant that the vaccine wasn’t safe and its promoters were charlatans seeking some sort of population control or other nefarious objective. Trump himself ranted that the vaccine booster shots were a “money making operation” and not needed.

On Monday morning the FDA announced that it had given its full approval to the Pfizer vaccine. That news will result in many public and private enterprises advancing their efforts to get more people vaccinated. Many unvaccinated persons have indicated that this approval would resolve their concerns and lead to them finally getting the shot.

Unfortunately, the most vaccine averse among us may still be opposed to this simple, common solution to a lethal problem. These are the same dimwits who have to be told not to take horse dewormers to cure COVID. And they have already begun to disparage the FDA approval that they had previously insisted they were waiting for. That disparagement was seen early by none other than Fox News, of course. They introduced a panel discussion about the FDA’s announcement by questioning the integrity of the institution and it’s processes:

“FDA just giving full approval to Pfizer’s COVID vaccine, it’s the first vaccine to get that full approval and in record time too, that has critics asking if the process was rushed. Was it?”

"FDA just giving full approval to Pfizer's COVID vaccine, it's the first vaccine to get that full approval and in record time too, that has critics asking if the process was rushed. Was it?" pic.twitter.com/gadMyxB4vY

The critics to whom Fox’s Dana Perino was referring are most likely her colleagues like Tucker Carlson, who preaches the paranoid conspiracy theory that vaccines don’t work and “they” aren’t telling you. She may also be referring to Trump’s former trade advisor, Peter Navarro, who tweeted that…

“This is what caving to political pressure looks like. Pfizer vaccine is leady and non-durable and risks are mounting. If we had tried to pulled this kind of sh**T in the Trump White…fill in blank. F.D.A. Grants Full Approval”

Setting aside Navarro’s difficulties with the English language, it is notable that his credentials are in economics, not medicine. And judging by his disastrous tenure with the Trump administration, his economic advice is nothing to brag about either.

Also weighing in is America’s foremost conspiracy crackpot, Alex Jones. The Infowars host and dubious vitamin supplement peddler is distancing himself from Trump on the matter of vaccines. On Saturday Trump told those attending his travelling salvation show that they should get vaccinated. Although he tempered that suggestion by assuring them that they have the right to refuse. Which is another way of saying that they have the right to remain more vulnerable to sickness and death for them and those with whom they come in contact.

Jones objected to this stance on Trump’s part. He accused Trump of caving in to the mainstream media saying that he “clicks his heels and hops up there to attention” whenever NBCUniversal CEO Jeff Zucker and/or CNN snaps their fingers. Then Jones concluded saying…

“Shame on you Trump. Seriously. Hey, if you don’t have the good sense to save yourself and your political career, that’s OK. At least you’re gonna get some good Republicans elected and we like you. But my god, maybe you’re not that bright. Maybe Trump’s actually a dumbass.”

Uh-oh. How will Trump respond to his pal Jones calling him a “dumbass”? Furthermore, how will Trump respond to getting booed by his own disciples when he advocated for getting vaccinated? In all likelihood, the answer is the same for both. Trump will bend to whatever position gets him the most adulation and increases donations.

Trump’s motivations are entirely driven by his narcissism and greed. In his cloistered world, nothing else matters. And despite the FDA’s full approval of the Pfizer vaccine, Trump will undoubtedly rush to support those who are denigrating the vaccine and the FDA. Because his personal and political goals will always take precedence over saving lives and preserving the physical, financial, and emotional well being of the American people.

Twenty years ago a group of religious extremists committed a terrorist act that brought down the World Center towers in New York City. Ever since then the right-wing Republican Party has regarded all Muslims as responsible. And one of the consequences was an overtly bigoted crusade of fear mongering over a manufactured threat of Sharia law taking over the in United States. 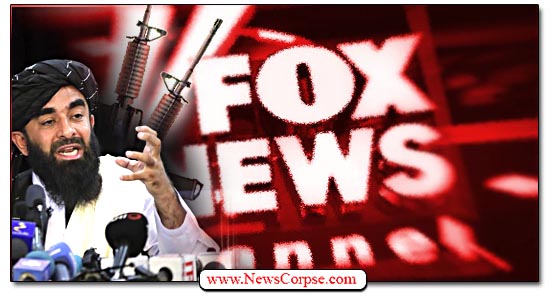 Of course, that was just a deliberate attempt by the GOP to inflame an irrational hatred of Muslims in order to stir up division for political purposes. However, it’s an ironic tactic considering the devotion that Republicans have for imposing their radical, evangelical, Christianist beliefs on all Americans by passing laws with a religious focus on matters concerning abortion, school prayer, medical research, the teaching of evolution and climate change, and more.

On Sunday Fox News joined the crusade for “Christria” law in an article on their website with the alarming headline “Schumer, Pelosi panned for dancing with Stephen Colbert, Napa fundraiser with Biden’s presidency under siege.” Apparently it is now verboten to dance according to right-wing doctrine, just as it is under the most conservative sects of Islam.

First of all, the headline needs to be corrected. It falsely accuses of House Speaker Nancy Pelosi of participating in the sinful act of gyrating to the devil’s music. It was only Sen. Chuck Schumer who was “spotted dancing backstage with late-night comedian Stephen Colbert during the “We Love NYC: The Homecoming Concert” in Central Park.”

More to the point, the article insinuates that there was something sinister about politicians enjoying themselves while backstage at a music festival. In the view of Fox News there can be no such expressions of celebration while there is any strife anywhere else in the world. And in this case the strife is bizarrely described as “Biden’s presidency under siege,” which is only true to someone who exclusively watches Fox News. Curiously, Fox News wasn’t bothered at all about Donald Trump dancing at his cult rally in Alabama the same day.

What’s more, the headline asserts that the partying pols were “panned.” But the only evidence it provided were predictable criticisms from partisan Republicans, including Sen. Ted Cruz who is best known for jetting off to Cancun, Mexico, during a deadly winter storm in his state of Texas. “Cancun” Cruz, who abandoned his constituents when they were in dire need, tweeted a video of Schumer at a concert held to show appreciation for the citizens, businesses, and first responders of New York City, who persevered through a difficult year. Cruz affirmed his reputation for being a nasty S.O.B. by adding the comment “Celebrating the demise of the Republic…”

Celebrating the demise of the Republic…. https://t.co/ubdgiQW5pQ

The article went on to make preposterous comparisons between the New York concert and the recent motorcycle rally in Sturgis, South Dakota:

What Fox News left out was that the attendees of the Manhattan concert had to show proof of COVID vaccination to get in, while the Sturgis event not only didn’t require vaccinations or masks, they were openly hostile to them, regarding such common sense, life-saving measures as impositions on their freedom.

So while the right-wing American Taliban is adamant that their “god-given liberties” not be abridged, they continue to clamp down on the liberties of others with oppressive laws and intimidation. And god forbid anyone dares to dance at a music festival celebrating Americans who are emerging from the hardships of pandemic. Because now they must also face the wrath of Fox News.