The new book, Peril, by Bob Woodward and Robert Costa, is sending shockwaves through the national press. Excerpts reveal how the Chairman of the Joint Chiefs of Staff, Gen. Mark Milley, was dealing with what he called Donald Trump’s “serious mental decline.” 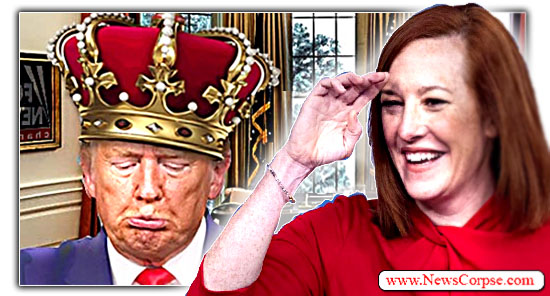 Most of the conservative Whacko Chamber has been hyperventilating over what they say is treason because Milley is reported to have had conversations with his counterparts in China. Never mind that that is a routine part of the job for people in national security posts. When reviewed in context, Milley was merely assuring China that, despite what looked like chaos and instability following the January 6th insurrection in Washington, D.C., the situation in the U.S. was under control and that there was no need to worry about psycho Trump launching a nuclear war.

Trump’s Defense Secretary, Mark Esper, was among those who were reacting to intelligence that said China was concerned about a U.S. attack. And the spokesperson for the Joint Chiefs backed up Milley’s actions saying that…

“The Chairman of the Joint Chiefs regularly communicates with Chiefs of Defense across the world, including with China and Russia. These conversations remain vital to improving mutual understanding of U.S. national security interests, reducing tensions, providing clarity and avoiding unintended consequences or conflict.

“His calls with the Chinese and others in October and January were in keeping with these duties and responsibilities conveying reassurance in order to maintain strategic stability. All calls from the Chairman to his counterparts, including those reported, are staffed, coordinated and communicated with the Department of Defense and the interagency.”

At Wednesday’s White House press briefing, Press Secretary Jen Psaki was asked about Milley and whether President Biden still had confidence in his service. Her answer went a bit further than merely defending Milley. She also touched on the disreputability of his critics and Trump:

Reporter: Is there a point where criticism makes Gen. Milley is unable to continue in this role because it is a new administration, it is a new day, and there are some questions if he exceeded his authority?
Psaki: The President has complete confidence in his leadership, his patriotism, and his fidelity to our Constitution. I can’t speak to the former president’s experience with him or the former president’s views of him. But this current president who follows the Constitution, who’s not fomenting an insurrection, who follows the rule of law, has complete confidence in Chairman Milley and him continuing to serve in his role.
Reporter: Even as Republicans may criticize him and have questions about his suitability to continue, would that be a factor that President Biden would consider?
Psaki: I don’t think the president is looking for the guidance of members of Congress who stood by while the President of the United States and the leader of their party fomented an insurrection and many of them were silent.

‘I don’t think the president is looking for the guidance of members of Congress who stood by while… the leader of their party fomented an insurrection’ — Jen Psaki on GOP criticism of Gen. Milley pic.twitter.com/wEygiX2OmL

It’s pretty remarkable that a White House spokesperson is forced to make a distinction between the former president and the current one “who’s not fomenting an insurrection.” And it’s hard to ignore the significance of her rejecting “the guidance of members of Congress who stood by while [Trump] fomented an insurrection and many of them were silent.”

Clearly it was Milley who was honoring his oath of loyalty to his country and acting out of patriotism. And it was Trump and his GOP minions in Congress who tried to stage a coup and prevent Congress from carrying out its constitutionally mandated duties. Psaki’s responses effectively turned the tables on the treason accusers. And now all we need is for justice to be served to the wrongdoers.

The election to recall the governor of California went down in flames on Tuesday. Gavin Newsom defeated the blatantly partisan Republican sham with a whopping 28 point margin of victory. The results exceeded the predictions of recent polls and the race was called within an hour of the closing of the polls.

The outcome was a crushing blow to the GOP’s already Lilliputian stature in the Golden State. But it was also a striking repudiation of Donald Trump and his surly surrogate, Larry Elder. The parallels between Trump and Elder should have been a signal to California’s Republicans that Elder could not prevail. He even parroted Trump’s knee-jerk reaction to electoral drubbings by baselessly charging that the the election was rigged before any of the results were even tabulated.

Elder may have been fooled by the adoring coverage he got from Fox News He appeared on the network dozens of times prior to the election for interviews that were little more than campaign ads. So it shouldn’t surprise anyone to learn that after the election Fox News has imposed “radio silence” with regard to reporting Newsom’s triumph.

More than twelve hours after the race was called for Newsom, Fox News has not posted a single tweet announcing that Newsom had won. Although they did find time to tweet about the “volatile” Ozzy and Sharon Osbourne relationship, Nicki Minaj’s views on vaccines, and Rand Paul calling for another Biden staffer to be removed.

What’s more, Fox’s website also suppressed information about the recall results. There were no stories near the top of the page, but if you scrolled far enough down you would only find tangential and negatively framed articles such as…

Fox News spent many hours in the months before the recall election interviewing Elder and other Republican politicians and pundits. The election was cast a watershed event that would reveal the future course of California and the nation. But that was when Fox thought there was a chance that Newsom would lose. Now that he has achieved a resounding victory, Fox News is trying to pretend that the election never happened.

Don’t be surprised if Fox News never mentions the recall again. In fact, look for them to return to lying about Afghanistan, and defending the January 6th insurrectionists, and blaming low vaccination rates on Biden and Black Americans, and whatever other manufactured nonsense they’re cooking up. It’s what they do. And they won’t tolerate any real news getting in their way.