Chris Stirewalt was the Digital Politics Editor for Fox News and a ten year veteran on the network. That all ended following his leading role on the 2020 presidential election forecast team that called the state of Arizona for Joe Biden. Stirewalt was unceremoniously dismissed shortly thereafter.

It may have just been a matter of time before Stirewalt was cut loose anyway, considering some of his commentaries that were less than worshipful of Donald Trump. For instance there was the time he colorfully predicted the scene prior to one of Trump’s diplomatic trips saying that “He is going to fly into Brussels like a seagull. He is going to defecate all over everything, squawk and fly away.”

On Sunday Stirewalt was interviewed by CNN’s Jim Acosta. The subject was Trump’s still lingering obsession with having lost the the election last November. Acosta asked Stirewalt if he felt vindicated now that even the rabidly partisan Cyber Nimrods … er Cyber Cyber Ninjas concluded that Biden was the legitimate winner. Stirewalt replied that…

“I take no satisfaction or pleasure from seeing this outcome that roughly corresponds with the real results. They’re doing their damage anyway.”

Stirewalt went on to say that…

“I have sincere sympathy for people who were duped. There are people who really believe this stuff. I don’t know what Donald Trump actually believes. I think he knows he lost. Whatever. […]. But I have only disdain for the people who continue to promulgate this.” […]

“As the results in Arizona made clear, it doesn’t matter what you find. He will claim fraud anyway. He will still say that there was fraud even if the finding says there wasn’t. The point is to undermine voter confidence in the process.”

These are remarks that Strirewalt could never have gotten away with on Fox News, where unflinching fealty Trump and his “Big Lie” that the election was “rigged” and “stolen” from him are still mandatory opinions imposed by the network brass. So it may be fortuitous that Stirewalt was canned.

As for Acosta, he has been particularly cutting lately. He recently labeled Tucker Carlson a “human manure spreader.” And there’s much more where that came from. In the same program with the Stirewalt segment, Acosta righteously ripped Trump as a big crybaby “Who can’t get over losing.”

That’s a trait in Trump that News Corpse has observed for years. Contrary to his delusional self image as a macho man, Trump is actually “the Most Cowardly, Whining, Crybaby to Ever Be President!“ And in closing, here are just a few examples that have been documented. 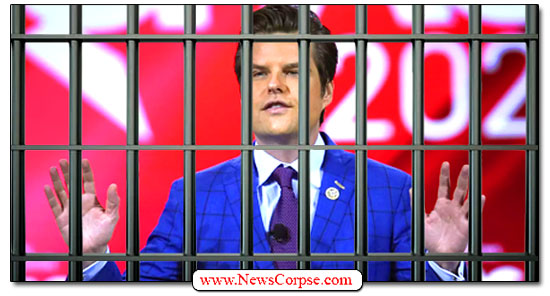