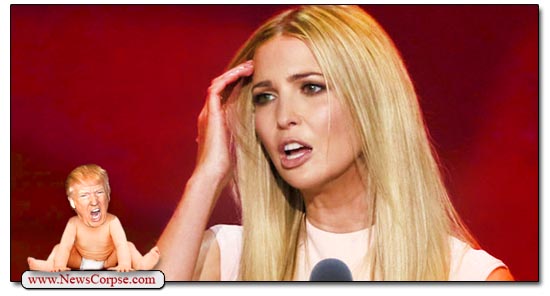 If you thought Donald Trump couldn’t get worse, you don’t know Trump. On Sunday morning he unleashed another flurry of insane and dangerous tweets. They included the obligatory and tedious attacks on the media. And he also fired off new insults aimed at the suffering people of Puerto Rico and their brave mayor. Of course he couldn’t refrain form exalting himself and the greatness he thinks he’s achieving. 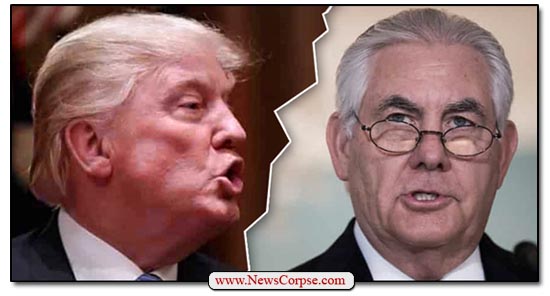 However, the worst utterances in his latest Twitter tantrum were directed at his own Secretary of State, Rex Tillerson. Trump has often shown no hesitation to belittle and undermine people on his White House staff. He seems to have no consciousness of the damage it does to the nation’s reputation and credibility. And with that carelessness and bile he posted these troubling tweets:

…Save your energy Rex, we'll do what has to be done!

Tillerson has recently made public comments alluding to negotiations with North Korea. While in China this weekend he told reporters that “We have a couple, three channels open to Pyongyang. We can talk to them, we do talk to them.” He added that “I think everyone would like for it to calm down.” Well, apparently not everyone. In fact, just this August Trump tweeted that “Talking is not the answer.”

Now Trump is virtually sabotaging the efforts of Tillerson and the State Department to peacefully denuclearize North Korea. And it isn’t merely a public disagreement with a particular policy. Trump called Tillerson’s diplomacy a waste of time. It’s an attitude of hostility toward negotiations that is emblematic of his presidency. Where is the dealmaker he pretends to be? His “art of the deal” is nothing more than trash talk and bullying.

Trump followed up that bluster with another infantile insult to Kim Jong Un as “Little Rocket Man.” Seriously, did Trump ever get past the third grade? How exactly does he think that advances the goals of the United States, and the world, to achieve nuclear disarmament? To the contrary, he has given Kim justification for worrying about a U.S. attack. He is validating Kim’s motivation to build up a nuclear arsenal. And Trump’s cryptic comment about doing “what has to be done” will only exacerbate the problem. Especially after threatening to “totally destroy” North Korea in his speech to the United Nations last month.

Donald Trump is proving that he is not only unfit to hold this office, but that he is an imminent danger to the world. His reckless rhetoric and ignorance of international affairs would be bad enough. But his inability to even maintain coherent unity within his own government suggests something far worse than mere incompetence. It paints a picture of a deranged man grappling with forces he can’t possibly understand.

You have to wonder where his staff is while he’s ranting uncontrollably. Can his Chief of Staff, John Kelly, be comfortable with this behavior? And where is the Republican Party and its leaders in Congress? Are they all willing to see this devolve into an unnecessary war of atomic proportions? The media also has a role in shining a light of rationality on this before it turns into catastrophe. Finally, special counsel Robert Mueller may be the one figure left to save us all from Trump’s Apocalypse. An anxious America is waiting on you, Mr. Mueller.

Being nice to Rocket Man hasn't worked in 25 years, why would it work now? Clinton failed, Bush failed, and Obama failed. I won't fail.

Nobody is being nice to him you moron. Negotiations that threaten sanctions and international isolation are not invitations to a party. And why won’t you fail? You’ve failed at EVERYTHING else.

A story in Friday’s New York Times affirms something that has been well known to observant White House watchers. Donald Trump relies on a frighteningly narrow range of media outlets to provide him with critical information. He dwells in a bubble of exclusively right-wing propaganda that is nothing more than a shill factory for fact-challenged “news.” And when he isn’t fed the pablum he craves, he becomes inconsolably livid.

The Times interviewed numerous insiders about Trump and his relationship with newly installed chief-of-staff, John Kelly. The former general has been trying to impose some order amid the chaos of Trump’s Oval Office party. By all accounts, that has been a difficult job. Trump is described as resistant to any attempt to “manage” him. The Times writes that:

“While Mr. Kelly has quickly brought some order to a disorganized and demoralized staff, he is fully aware of the president’s volcanic resentment about being managed, according to a dozen people close to Mr. Trump, and has treaded gingerly through the minefield of Mr. Trump’s psyche. But the president has still bridled at what he perceives as being told what to do.”

The notion of a president who is so unstable that aides need to tiptoe through his fragile psyche is disturbing. And it isn’t just Kelly who is troubled by this. Sixty percent of the American people regard Trump as “unstable” to various degrees. That’s according to a poll by Fox News.

And speaking of Fox News – – That’s the media outlet that Trump’s aides have described as his “primary source of information.” Kelly has reportedly had some success at curbing Trump’s exposure to the panoply of wingnut rags. But there are limits to how much Trump can be restrained. The Times reports that:

There is abundant evidence that Trump watches Fox News for hours on end. Many of his his tweets are obviously reactions to something he just saw on Fox. He refers to Fox News more often, and with more confidence, than he does his own intelligence agencies. And most of the time he cites his favorite program, Fox and Friends. This can explain in part why so much of what Trump says is so embarrassingly wrong. Garbage in, Garbage out (GIGO).

In addition to Trump’s addiction to Fox News, he has recently been suffering through a propaganda withdrawal of sorts. Kelly’s management of the White House has resulted in some of Trump’s closest aides being kept at arms length. The people who provided him with his daily dose of conspiracy theories and rabidly partisan screeds are being shut out. A friend of Trump told the Times that he “plaintively asked” where his fix of stories from The Daily Caller and Breitbart News were. And an article in the Daily Beast more specifically noted that:

“Kelly has taken steps to prevent [Omarosa Manigault] and other senior staffers from getting unvetted news articles on the president’s Resolute desk.” […Articles that…] “would often enrage the president, and resulted in him spending at least the rest of the day fuming about it.” “

Unfortunately, Kelly cannot prevent Trump from diving into the right-wing media swamp. While the door to the Oval Office is more closely watched, Trump still has his phone. And he uses it to contact those whose White House privileges have been curtailed. So the President is still being influenced by the same cadre of nutcases and sleazeballs as before Kelly. And the results will be the same as Trump gorges himself on Fox News lies and curses at the rest of the press corps. It’s a presidency that is seriously off track and driven by biased pundits and fake news. How long will Kelly tolerate this circus atmosphere that is harming the country?