Time Magazine has released its highly anticipated Person of the Year issue. It’s an annual award to the person’s who had the biggest effect on the news. Their choice this year is a particularly appropriate selection considering the impact that women survivors of sexual harassment and abuse have had for the past several months. 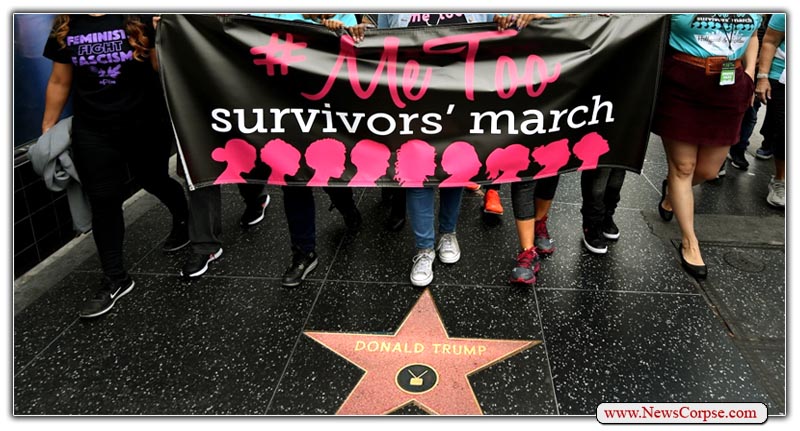 The “Silence Breakers” are an accumulation of a still growing community of brave women who are holding men accountable for inexcusable behavior and, in some cases, crimes. By featuring these women on the magazine’s storied cover Time had to bypass another newsmaker, Donald Trump. This will undoubtedly infuriate him as he thinks the selection is an honor and that only he is worthy of it.

However, coming in second for Person of the Year is especially profound considering that the chosen designees have a direct association with the pitiful runner-up. In fact, many of them owe their selection to Trump. After all, it is the President who is at the top of the list of sexual predators about whom the Silence Breakers are breaking their silence. Watch this video from Brave New Films that features sixteen of Trump’s victims describing his abuse in their own words:

The sweet part of relegating Trump to second place status is knowing how much that will gnaw at him. It’s another example of him being a loser who is universally despised (except for a small number of glassy-eyed cultists). But piercing his overblown ego isn’t sufficient reparation. Allowing Trump to remain in the White House tells all Americans, particularly women and girls, that they are not valued, respected, or taken seriously. If Trump isn’t impeached for obstruction of justice, collusion with Russia, financial corruption, undermining the free press, or being a pathological liar and malignant narcissist, then his sexual depravity and criminality should be more than reason enough.

This just in: A new Quinnipiac poll shows that 70% think that “Congress should investigate accusations of sexual harassment against President Trump.”