The 2016 presidential debates are now set with dates and moderators. They will be the most influential campaign events in the final two months of this election cycle. How they are produced and managed can have an impact nearly as significant as the performance of the candidates. 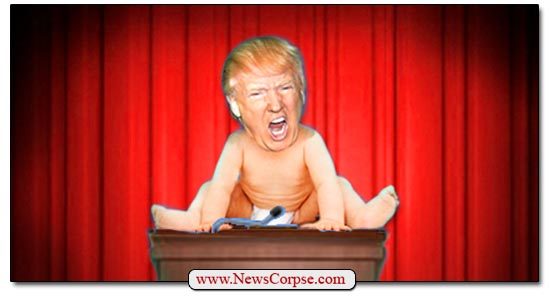 For the past few weeks Donald Trump has been whining about the debate formats and moderators. Unlike Hillary Clinton, he has still not officially accepted the invitation to participate. To the contrary, he has been threatening to ditch the whole affair. He tweeted that the debates as scheduled were “Unacceptable,” and that “Hillary & the Dems are trying to rig the debates.” Furthermore, in an attempt to work the refs, he told Time Magazine that “certain moderators would be unacceptable, absolutely.”

Well, Donald Trump’s tantrums may have yielded some results (much like they did throughout the GOP primary debates). The Commission on Presidential Debates (CPD) just released their list of moderators. Lester Holt of NBC will host the first debate on September 26. The second will feature CNN’s Anderson Cooper and ABC’s Martha Radditz in a town hall format. The final debate will be moderated by Chris Wallace of Fox News.

The CPD managed to select journalists with reputations for fair, if bland, reporting for the first two debates. The problem comes in the third debate with Chris Wallace. Until a few weeks ago Wallace reported to Roger Ailes, the disgraced ex-CEO of Fox News who was ousted following multiple charges of sexual harassment. Prior to his exit, Wallace defended Ailes vigorously, and they remain close friends.

Ailes is now working for the Trump campaign, specifically helping to prep him for the debates with Clinton. The close relationship between Ailes and Wallace is unseemly at best. Will Ailes try to influence his pal on the topics or questions that will be asked? Will Wallace show favor to the candidate employing his friend and former boss?

While these questions can’t be answered with any certainty, the mere suggestions create enough of a conflict to have disqualified Wallace from moderating. Imagine the Republican howling that would ensue if a Clinton aide had a similar relationship with a debate moderator. Trump himself would throw fits of outrage at the bias and corruption of the system. Yet there has been nary a peep from anyone in the campaigns or the press about this blatant favoritism.

The presence of Wallace on the debate stage sets a low standard for fairness that will be difficult to overcome. Only time will tell if he has any interest in doing so. But the most revealing aspect of this development is what has not occurred. Donald Trump has not (as yet) complained about the lineup. That’s a pretty good indicator that he feels he got what he wanted. Too bad the voters who will be watching won’t be able to say the same thing.