The reports of coronavirus infections continues to grow both in the United States and internationally. Six deaths have now been confirmed in the U.S. And most epidemiological experts are warning that it is impossible to know how many Americans are affected because tests have not been been conducted. Those tests number in the tens of thousands in China and South Korea, but only about 500 in the U.S. 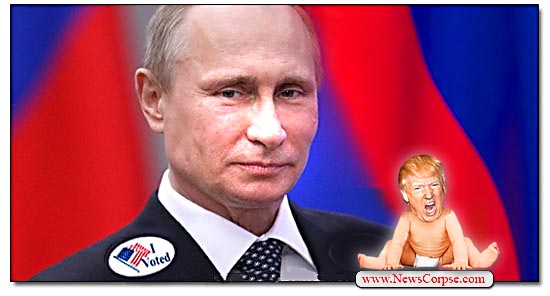 So what is our Commander-in-Chief doing to mitigate the harm and protect the American people? He’s politicking, of course. That behavior is taking the form of bragging about himself and what he asserts is a perfect response to the crisis. He is also whining about criticism he has drawn from Democrats and public health professionals. Of course, none of that is helping to get the nation through this budding pandemic. But to Trump the only thing that matters is how it affects him personally.

For instance, on Monday morning Trump posted about three dozens tweets. Two dozen of those were promotions to elect Republican members of Congress. By contrast, he posted only two tweets wherein he directly addressed the coronavirus. In one he announced that he was meeting with pharmaceutical companies to discuss the development of a vaccine, which is something they were doing anyway without his interruption. The other complained that he was was criticized by Democrats for his ineffective response. Once again, none of that advanced the fight against the coronavirus.

Aside from hyping GOP candidates and whining about being a victim, Trump has also been tweeting up a storm about the Democratic presidential primary. And virtually every comment he has made has been taken straight out of the Vladimir Putin playbook to sow discord and create chaos. More than anything else, Trump has been pushing the conspiracy theory that the Democratic Party is trying to rig the election against Bernie Sanders. Does anyone really believe that Trump cares about Sanders and whether or not he is treated fairly by the party that Trump maligns as all “do nothing, radical socialists”? Of course not.

What’s interesting is that this is precisely the tactic that Putin is pursuing to get Democrats to fight among themselves. It could not be more obvious that Trump is acting on behalf of Russia to advance his own reelection prospects. It’s so conspicuous that when Trump was asked directly what his comment to Putin would be about interfering with the election, he replied completely off-topic that “They ought to investigate Adam Schiff,” and then he pretty much denied that any interference was taking place.

So what’s the point of Trump’s malicious and intellectually vacant attempts at punditry? Clearly no one is taking his analysis of the Democratic primary seriously. Why should they? He has only hostile intentions. It would be like asking a snake the best way to avoid getting eaten by it. Trump should be literally the last person whose opinions of the Democrats would be sought.

The only purpose for Trump is to try to stir up trouble and distrust in democracy. Which, not coincidentally, is Putin’s purpose. And the American people – Democrats, Republicans, and Independents – must not allow them to succeed. We must all rise up in unity to renounce Trump’s cynical and un-American ploy. We must respect one another and remain loyal to the the principles that actually do make this country great. And we must come together to make sure that the traitor in the White House is evicted. That means vigorously supporting whoever the eventual Democratic nominee is and working for their victory.

We don’t have the luxury of holding out for whoever is your favorite candidate. If Biden is the nominee, then Bernie bros need to get behind him. If Bernie is the nominee, then those with irrational fears of “socialism” need to set that aside. Whatever one perceives as the negatives of one candidate or another, they are not nearly as destructive or catastrophic as another four years of Trump. So suck it up, America. We have one job to do now. And that’s the complete, unambiguous ouster and humiliation of Donald Trump. For America’s sake.