On Wednesday Joe Biden was interviewed by the Daily Show’s Trevor Noah on Comedy Central. In the closing minutes of the segment he asked Biden whether he had given any thought to speculation that Donald Trump might not leave the White House voluntarily if he lost the election. It’s a question that has been asked many times considering Trump’s already disgraceful record of disrespect for the Constitution. 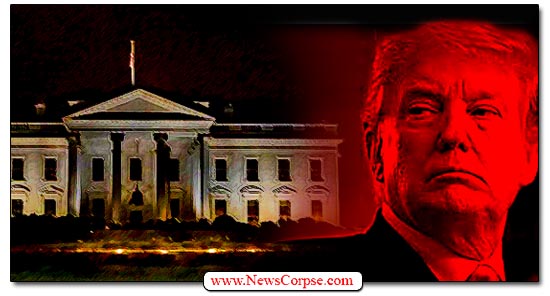 Biden’s response to Noah’s question was direct and punctuated with relevant facts. He began by predicting that “This president is going to try to steal this election.” That hardly stretches the imagination since that’s what Trump did in 2016, and he is already laying the groundwork to do so in 2020. Trump has flatly stated his belief that all mail-in voting is fraudulent and shouldn’t be counted. And he has his Senate lackeys holding kangaroo hearings aimed at smearing Biden with manufactured allegations. Biden elaborated on his reply saying that he has confidence that the military will uphold the Constitution if necessary:

“I was so damn proud. You have four [chairman of the Joint] Chiefs of Staff coming out and ripping the skin off of Trump, and you have so many rank-and-file military personnel saying, ‘Whoa, we’re not a military state. This is not who we are.’ I promise you, I’m absolutely convinced they will escort him from the White House with great dispatch.”

The following day, Trump was interviewed (again) by Fox News (video below). Anchor Harris Faulkner conducted yet another televised tongue-bath enabling Trump to lie, deflect, and filibuster incoherently. Her last question for Trump addressed Biden’s remarks on the Daily Show, and produced this bit of surreal theater:

Faulkner: [Biden] said that he believes that you will steal the election, and if you don’t win he thinks that military will escort you from the White House.
Trump: Look, Joe’s not all there. Everybody knows it. And it’s sad when you look at it and you see it for yourself. He’s created his own sanctuary city in the basement of wherever he is, and he doesn’t come out. And certainly if I don’t win, I don’t win. I mean, you go on, do other things. I think it would be a very sad thing for our country.

It’s notable that Trump begins his response by launching into an attack on Biden’s mental health. It’s also pure projection, since Trump is the one that is showing actual signs of dementia. It’s also laughable that Trump attempts to characterize his utterly unqualified diagnosis as “sad” after having made innumerable jokes about it for months. And it wasn’t Biden who retreated to a real basement bunker when he felt threatened by peaceful demonstrators, and then lied about.

More importantly, Trump’s comments regarding leaving office have been twisted by the press into an assurance that he would quietly leave the White House if he loses to Biden in November. But that is not quite what he said. Trump merely stated that “if I don’t win, I don’t win.” So his departure from the White House would be reliant on his acceptance of having lost. But when has Trump ever admitted to having lost anything? He still thinks that he won the popular vote, had record breaking attendance at his inauguration, and was “totally exonerated” by the Mueller report.

Therefore, Trump could just say that the election was tainted by fraud and that he didn’t really lose. Consequently, in his diseased mind, he wouldn’t be required to leave. He would simply invent some “alternative facts,” challenge the results, and insist that he was victorious. That is what would initiate the process of involuntary removal to which Biden was referring. And it’s why the American people have to be vigilant and not allow Trump to usurp power in violation of the Constitution. Or to even let him get away with suggesting it, as Fox News did.