The sudden and unexpected death of Supreme Court Justice Antonin Scalia has produced a flurry of reactions from across the political spectrum. Everyone offering a comment has begun with praise for his public service and intellect, and expressions of condolences for his family. 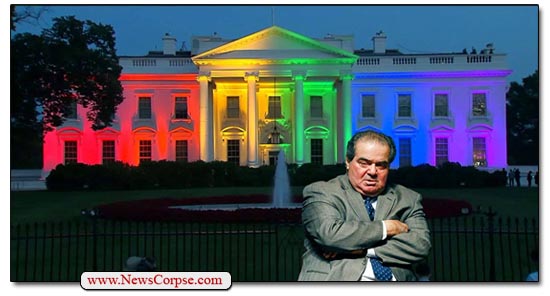 Unfortunately, Republicans have wasted no time in turning this personal tragedy into a political opportunity. GOP presidential candidates Ted Cruz and Marco Rubio (also members of the Senate) added to their sympathies a demand that President Obama refrain from nominating a replacement and leave that to whoever is president in January of 2017. Others, including Donald Trump and Senate Majority Leader Mitch McConnell, who holds the power to vote or not, have made similar demands. After offering her condolences, Hillary Clinton responded to the GOP by saying that their intention to leave the seat vacant dishonors our Constitution.

Another reason that the President should nominate a replacement as soon as possible, and the Senate should confirm, is that this year the Supreme Court has a particularly heavy calendar. There are many cases waiting to be heard, and some are critical issues that will have far reaching effect. The litigants ought not to be penalized by self-serving politicians. And there has never been a vacancy on the Supreme Court for a year, which is what the GOP obstructionists are proposing. Some of the decisions to be made by the court this term could…

If a new justice is not confirmed, the pending cases would be heard by a short-handed court. And since this court has been divided ideologically with a five to four conservative advantage, there is a great possibility of frequent ties should this vacancy remain. In the event of a 4/4 tie, the ruling of the lower court would stand. From the Republican perspective, this might not be to their advantage. After eight years of the Obama presidency the district courts currently have a majority of Democratic nominated judges. Consequently, those lower court rulings may be more to the liking of liberals. So any effort by the GOP to obstruct the confirmation of a new nominee by Obama may have the opposite effect of what they intend. Senate Republicans also risk the possibility that they will not be in the majority next year and the next president, if Democratic, would have far more leeway in who they nominate.

The bottom line is that our government is supposed to work on behalf of the people, not at the whim of the politicians. By obstructing Obama’s constitutional mandate, Republicans would only further cement the impression of them as fomenting division and gridlock. In an election year where the public is fed up with political game-playing, that will likely hurt Republicans at the polls. On the plus side, it might finally elevate the appointment of Supreme Court justices as an election issue. That would be a good thing that should have happened long ago.

Update: President Obama offered his condolences. He also responded to the GOP’s irresponsible and callous politicization of Scalia’s passing, saying in part that…

“Today is a time to remember Justice Scalia’s legacy. I plan to fulfill my constitutional responsibilities to nominate a successor in due time. And there will be plenty of time for me to so and for the Senate to fulfill its responsibility and to give that person a fair hearing and a timely vote. These are responsibilities that I take seriously, as should everyone. They are bigger than any one party. They are about our democracy.”