The incidence of racial hatred and violence has done nothing but increase during the administration of Donald Trump. In fact, the relationship between hate crimes and Trump is so tightly correlated that one study shows an increase in violence of 226 percent just in the counties where Trump has held a recent rally. And his ramping up of racist remarks aimed at congressional women of color surely isn’t helping.

Not surprisingly, the response to this flagrant bigotry from Trump’s Deplorables has been an outpouring of support. Polls show that Republican approval for Trump actually went up after his racist tirades. But within his own FBI, a new report is placing the blame for violence instigated by hate groups where it truly belongs:

“The FBI for the first time has identified fringe conspiracy theories as a domestic terrorist threat […] It lists a number of arrests, including some that haven’t been publicized, related to violent incidents motivated by fringe beliefs.”

Other non-partisan organizations have found similar evidence of this sort of violent activity, but this is the first time that it has been affirmed by the FBI with specific citations of the bad actors:

“The document specifically mentions QAnon, a shadowy network that believes in a deep state conspiracy against President Trump, and Pizzagate, the theory that a pedophile ring including Clinton associates was being run out of the basement of a Washington, D.C., pizza restaurant (which didn’t actually have a basement).”

“The FBI assesses these conspiracy theories very likely will emerge, spread, and evolve in the modern information marketplace, occasionally driving both groups and individual extremists to carry out criminal or violent acts.”

The report forecasts that “conspiracy theory-driven extremists are likely to increase during the 2020 presidential election cycle.” And FBI Director Christopher Wray (a Trump appointee) warned that “a majority of the domestic terrorism cases that we’ve investigated are motivated by some version of what you might call white supremacist violence.”

What the report leaves out is the link between these violent groups and Donald Trump. QAnon is built around a clandestine cabal of cultists who believe that Trump is heading up a secret society whose mission is to expose a child sex trafficking ring masterminded by Hillary Clinton. No really! And Trump has also been closely affiliated with conspiracy crackpots like Glenn Beck and Alex Jones of Infowars. However, the ability of law enforcement to reign in these organizations was greatly curtailed when, according to the Department of Homeland Security, “nearly all, if not all, the intelligence analysts focusing on domestic extremist groups” were eliminated under the Trump administration.

The publication of this report at this particular time has its own set of peculiarities. Most notable is the fact that Trump himself addressed the matter of domestic terrorism just last week, but from the completely opposite direction:

Consideration is being given to declaring ANTIFA, the gutless Radical Left Wack Jobs who go around hitting (only non-fighters) people over the heads with baseball bats, a major Organization of Terror (along with MS-13 & others). Would make it easier for police to do their job!

Bear in mind that there is no such thing as Antifa. There is no organization by that name, nor are there any acknowledged members. There are, however, people who are intensely anti-fascist, and they sometimes express that opposition with physical force aimed at the organizers and attendees of neo-Nazi rallies.

You have to wonder why Trump chose to speak out for the first time on this subject five days before the release of an FBI report on violence by white nationalists. Did he get a heads up from the FBI? Was he attempting to sandbag the FBI’s study with his own phony narrative? Whatever the reason, the effect of Trump’s tweet was to excuse the documented brutality on the part of the people who make up his base of support. And you can be sure that Trump will never make a similar denouncement of the “gutless Radical [Right] Wack Jobs” who populate his rallies and on whose votes he relies. 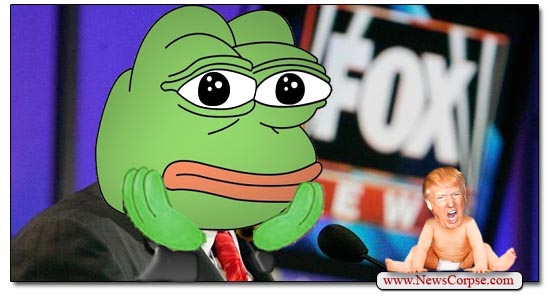